As you walk around the town of Pokhara you will notice the World Peace Pagoda from pretty much every location you are at. This massive structure sits on the mountain to the left of the city and was created in 1999 as one of the many peace pagodas around Nepal. This was the second that I saw on my trip as I saw one in Lumbini as well. This pagoda was originally built here in 1973 but was town down by the government in 1974. Since that time many people tried to bring it back before it was eventually completed in 1999. 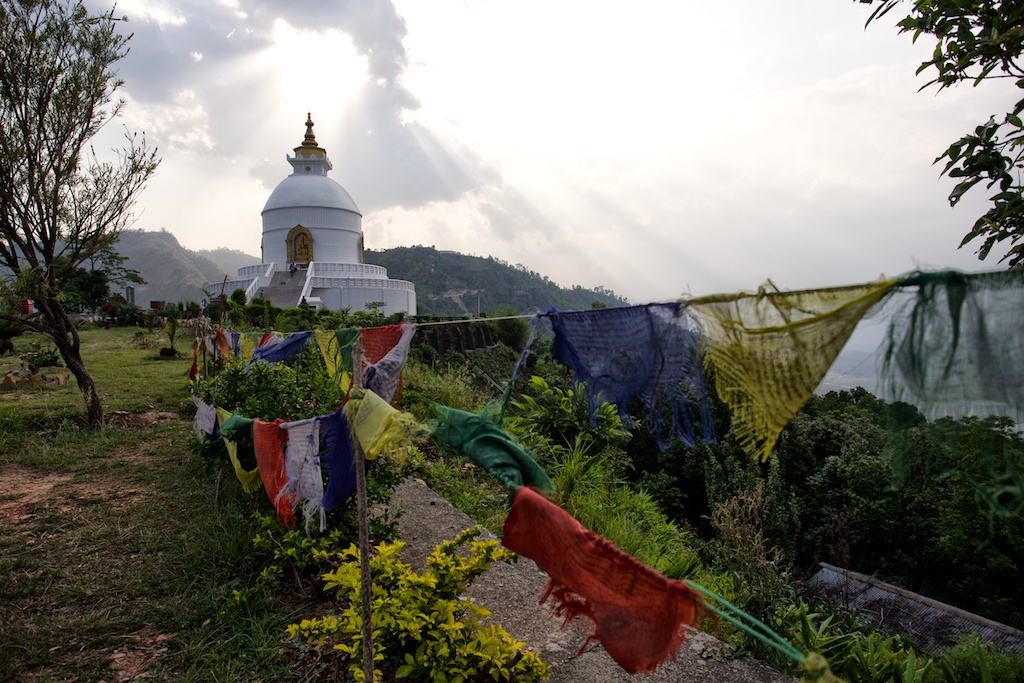 To access it, the simplest way is to take a taxi to the base of the 500-600 rock steps and then climb them to reach the pagoda. Be warned, this road is slow going in the taxi as it is one lane and has small sections of dirt with the concrete. 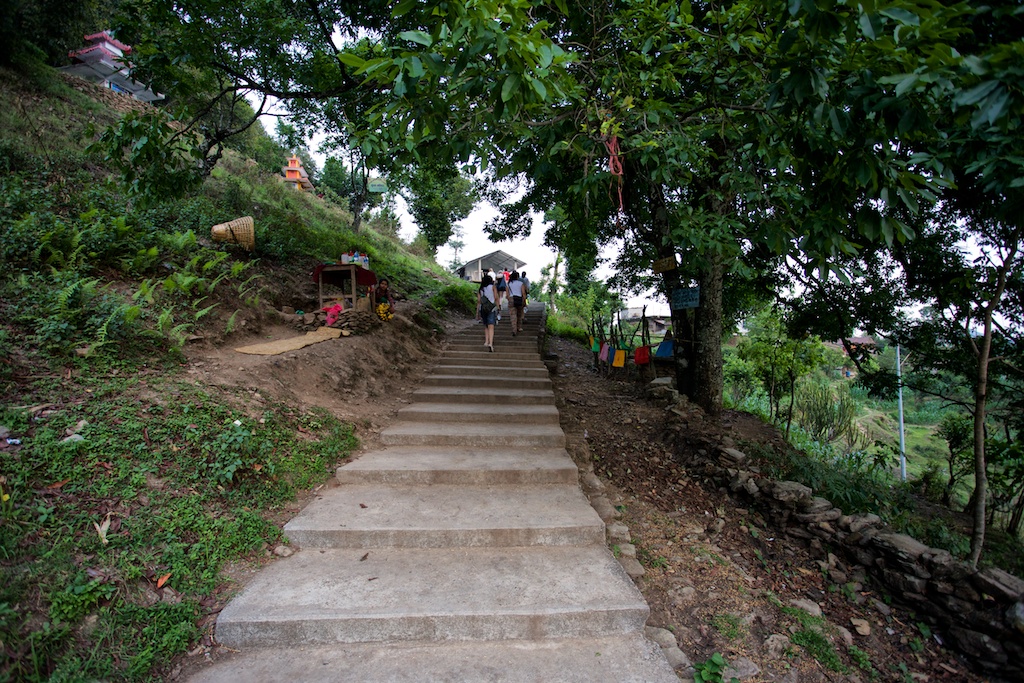 You can also access it by taking a boat across the lake then climbing up the other side but I didn’t do that myself so I can’t really comment. 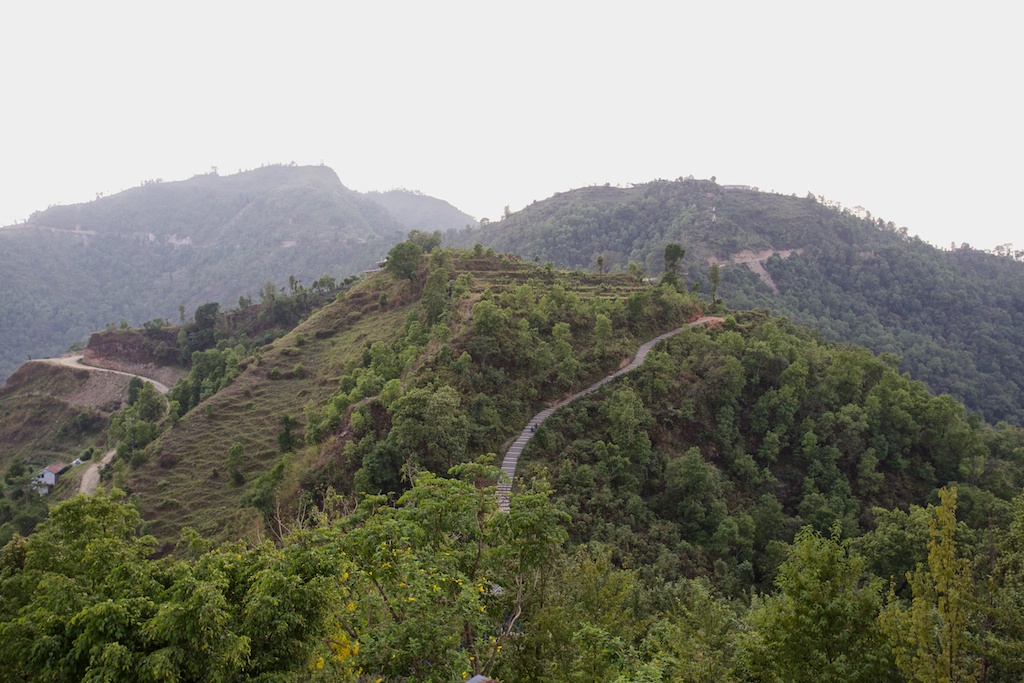 As you walk the steps you will be greeted with many different little shops and eateries where you can take a pause for a cold drink on the way up or down, and while not too hard, it will still be a good little workout to get to the Pagoda. 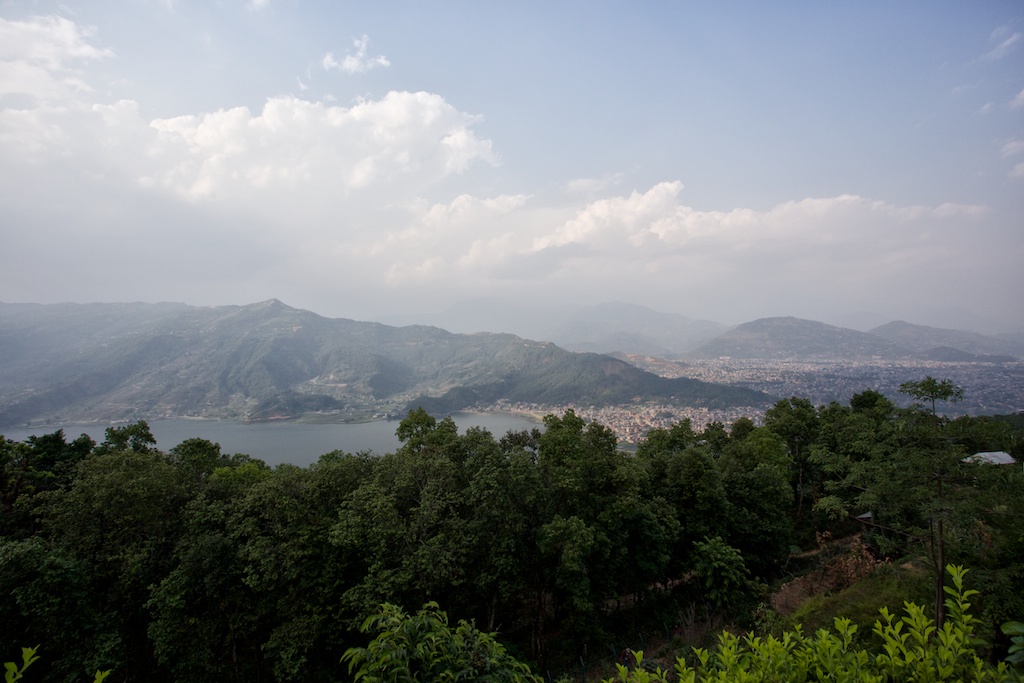 For me though, I enjoyed the stairs as it seemed like a more unique way to experience the monument then just driving somewhere and getting out. 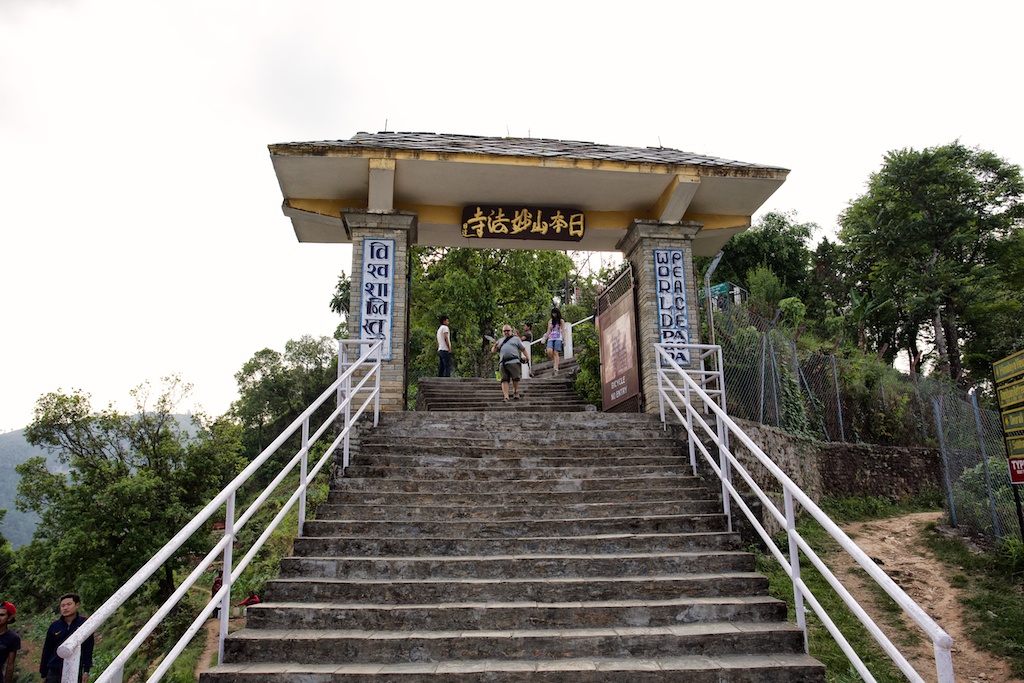 As you near the top there is a small restaurant with epic views and you will start to see the city below and the Annapurna range in the distance, if the weather is clear. 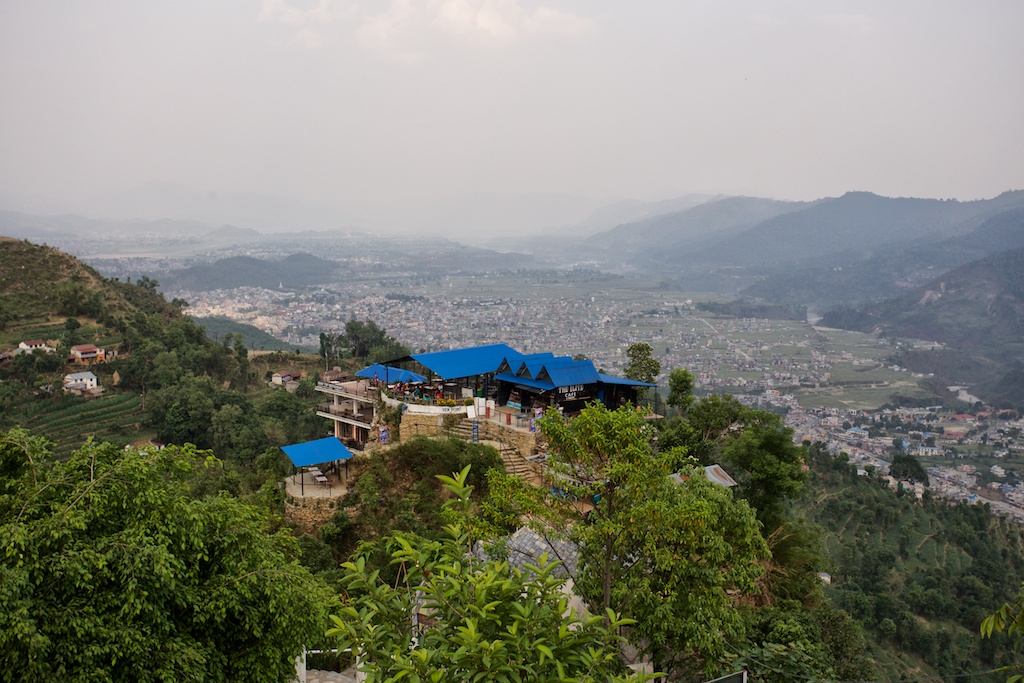 The Pagoda itself is almost identical to the other one I saw, but at its perch on top of the mountain it is a very worthy experience. As you would expect in Nepal there are prayer flags all along the way as you approach and many Buddhist people were meditating and enjoying the surroundings when I was there. Here are some of he pictures. 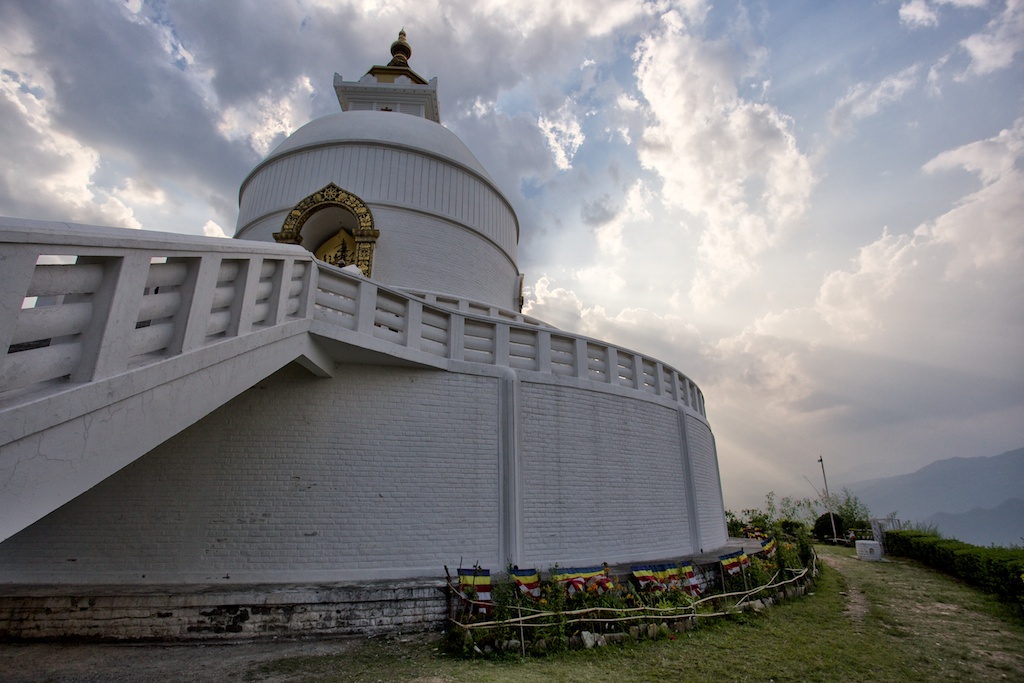 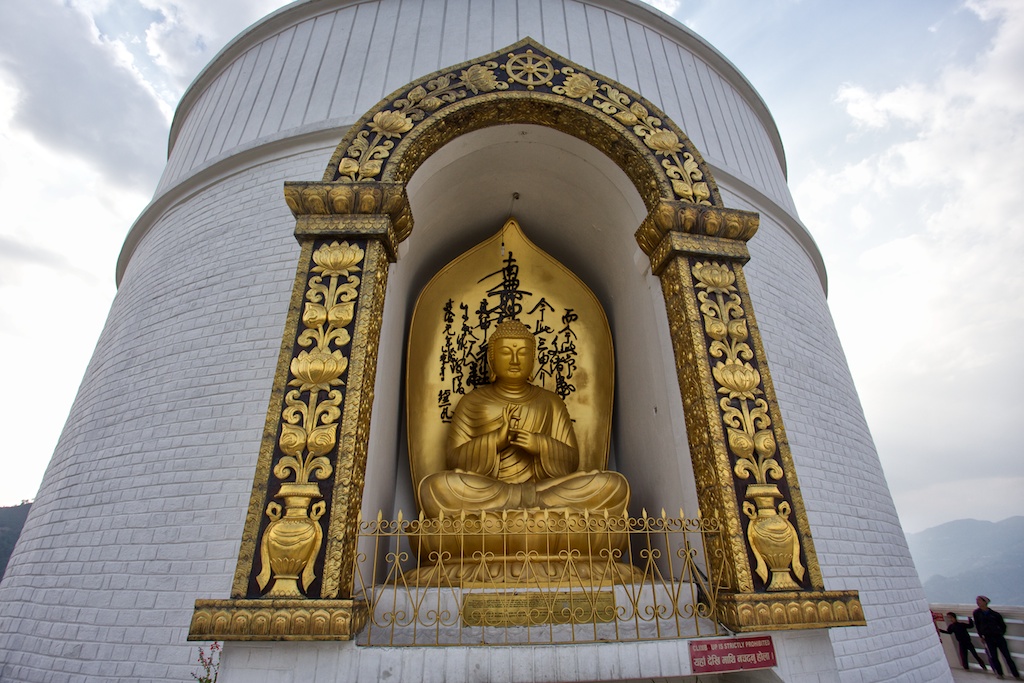 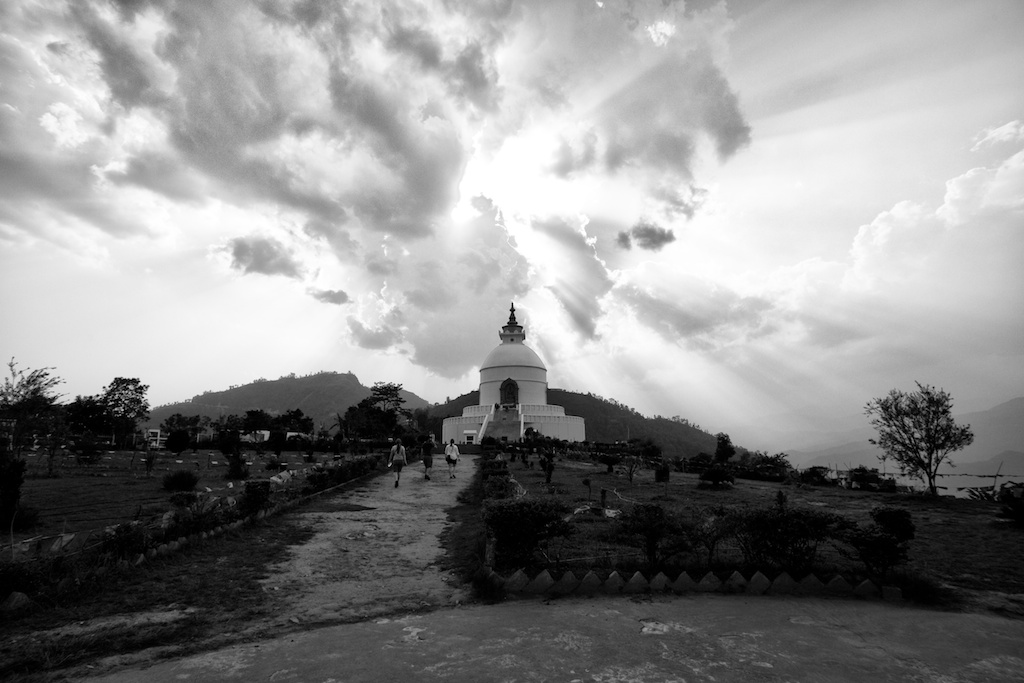 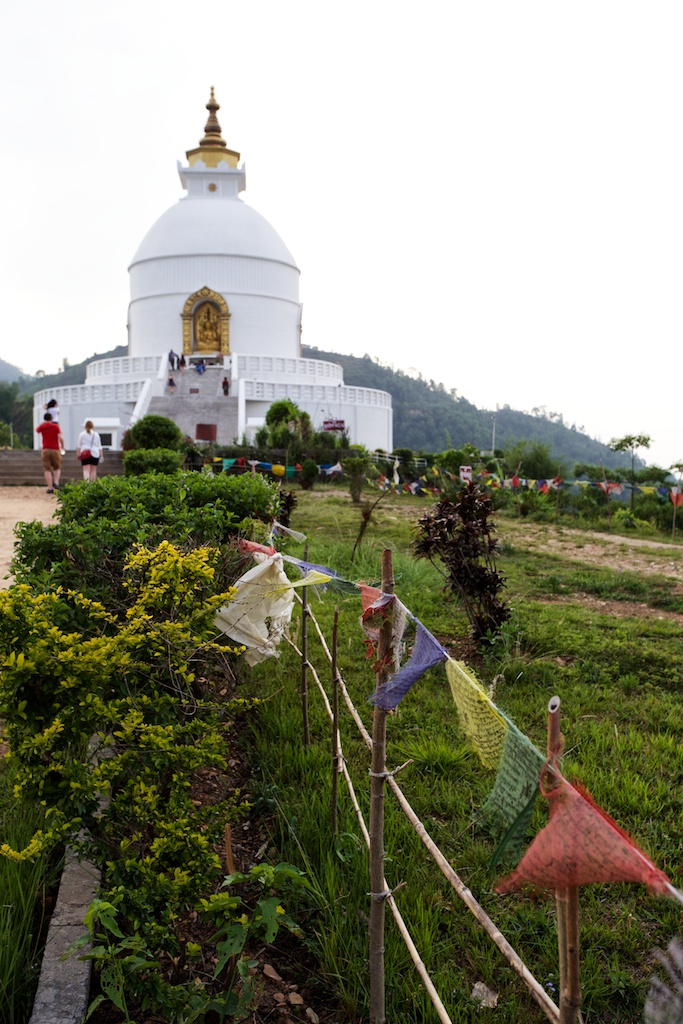 The first of these pagodas was built in Japan in 1954 and since then the goal has been to build 100 of them throughout the world. 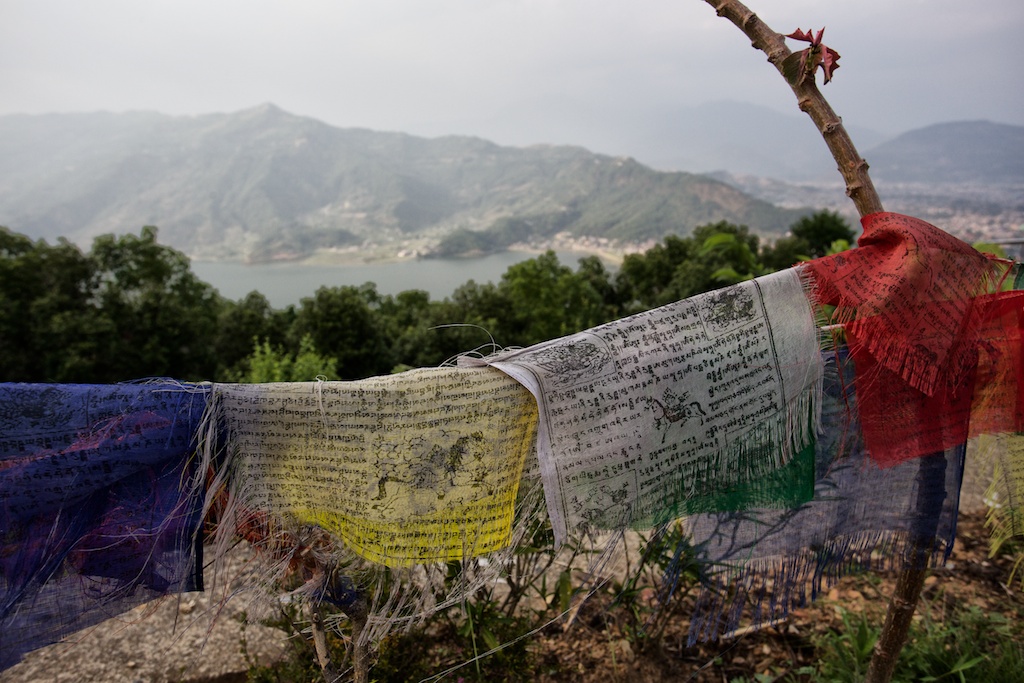 I found this area to be very peaceful and I really enjoyed just sitting up here near sunset and just relaxing as I look out over the view. I highly recommend it as no trip to Pokhara would be complete without it.