Chichen Itza: Exploring Mayan Ruins & One of the Seven Wonders of the World

As one of the seven man-made wonders of the world, Chichen Itza is a true site to behold. I was not convinced I would be blown away when I looked at pictures online, but I can easily say nothing was further from the truth. This huge temple is awe-inspiring from the moment you turn the corner and see it start to come through the trees. Add to that the rest of the ruins that have been painstakingly restored around the exterior of the park and you have a fascinating spot to explore. It is a must-visit in the Yucatán area and here is all the information. 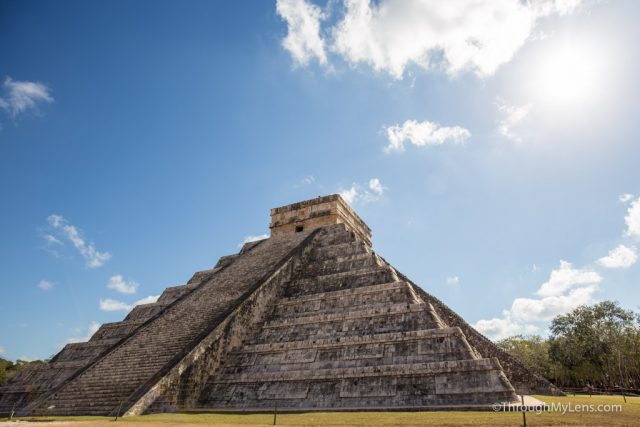 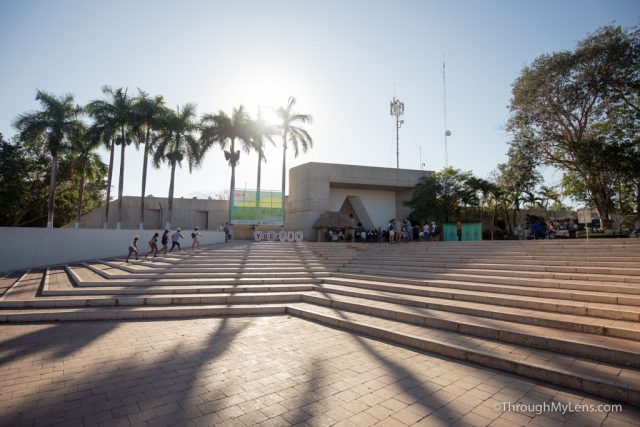 If you are staying in one of the main cities (Cancun or Playa Del Carmen), there are buses that will take you to the ruins from the city. The drive is about 2-3 hours, so you want to take a bus or a private tour and not a taxi. I took a private tour with Mayan Explorers, and it was a great experience. 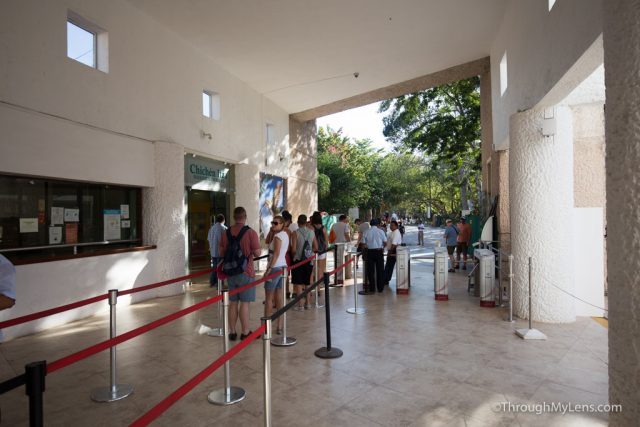 I would recommend you make plans to arrive right around 8 AM. Chichen Itza opens then and it is best to spend some time with it in the morning before all of the massive tour buses get there. 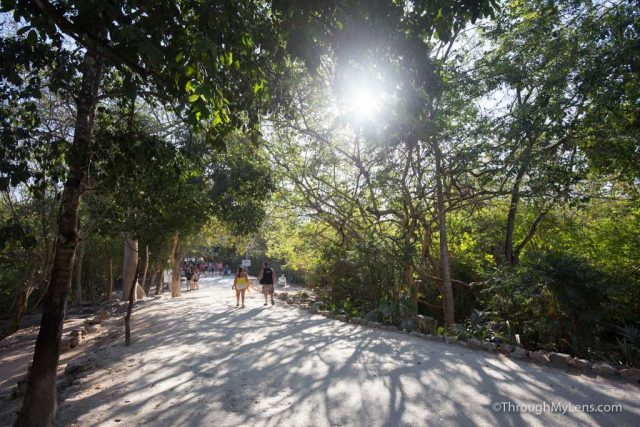 When you arrive, you will pass the vendors that are sitting outside and pay your fee to enter the park. 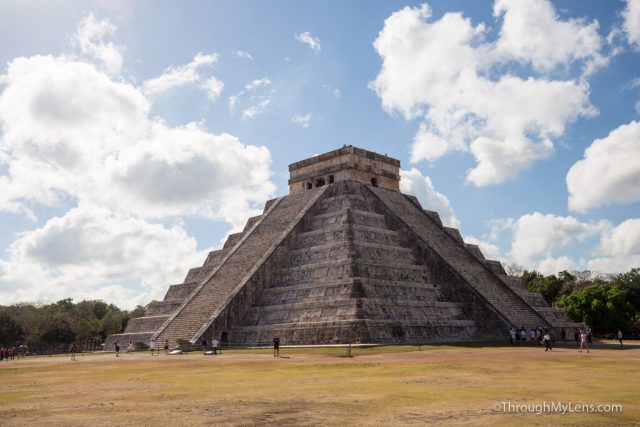 We were part of the first hundred people in, so it was pretty easy to get photos without a lot of people in them. When we left at around 10 AM, this was not the case.

The main attraction in this area is Kukulcan (the main temple) which name means descending snake. Based on certain times of the year, the shadows fall in a way that makes it look like a snake is coming down the side of the steps. 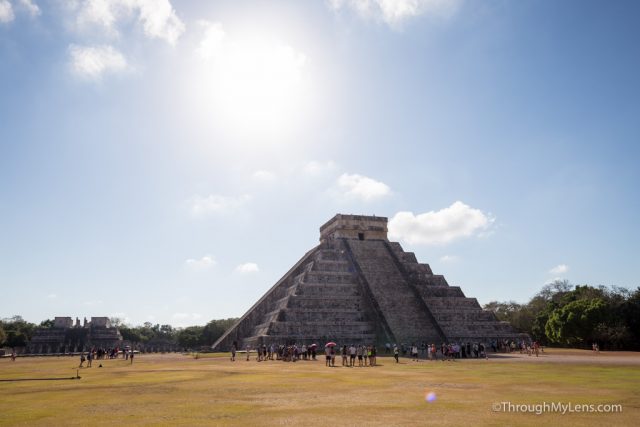 Chichen Itza the city was one of the largest in the entire region, housing over a million people during its heyday. 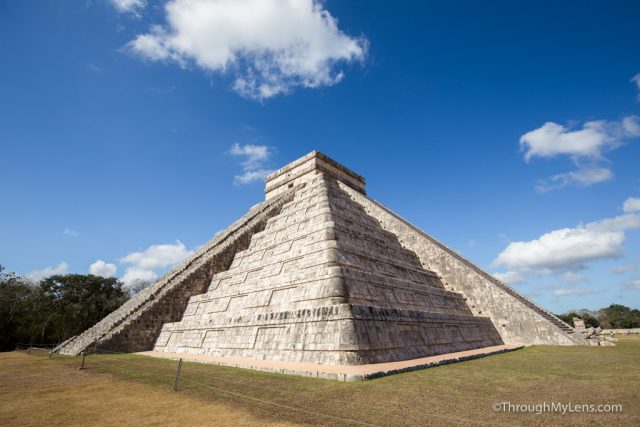 When the Aztecs took it over, they destroyed as much as they could, even covering up most of the city with dirt and rubble. What you see there today has been largely recreated by archeologists over the years based on what they have found around the area.

Today what stands before you is a beautiful example of the temple as it would have been when it was built, but comparing that to the ruins in Ek Balam which are original takes away a little from the experience. 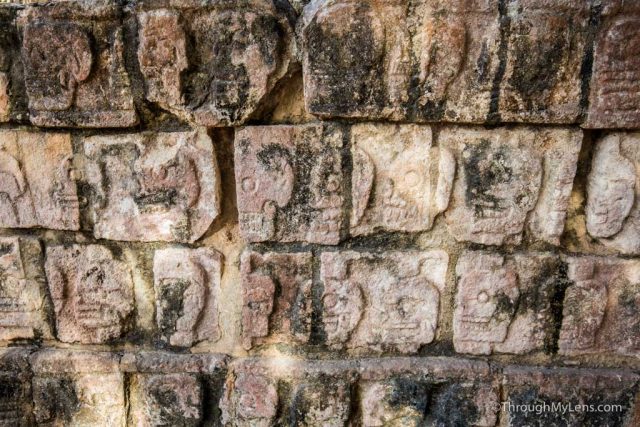 You will want to plan on at least 2 hours to explore the area, more if you want to take your time. Here are some of the places you will see on the trip. 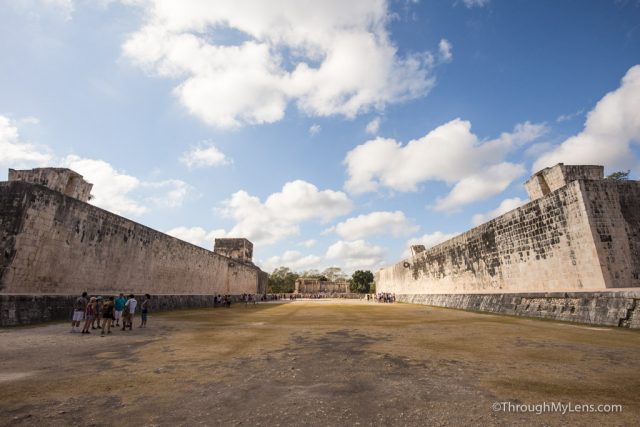 This is one of the main draws for the ruins here. This area used to house the massive tournaments that the Mayans had to solve conflicts between the tribes. The area is impressive to behold as it is huge and you can imagine how it would have been when people were cheering on the game taking place. 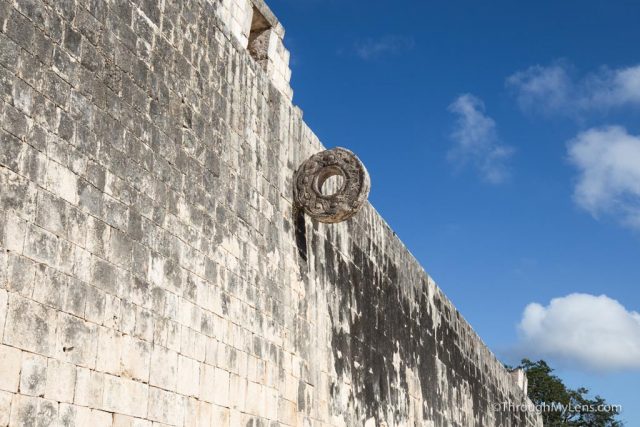 The best part about it is the circle that you tried to get the ball through on each side of the court. 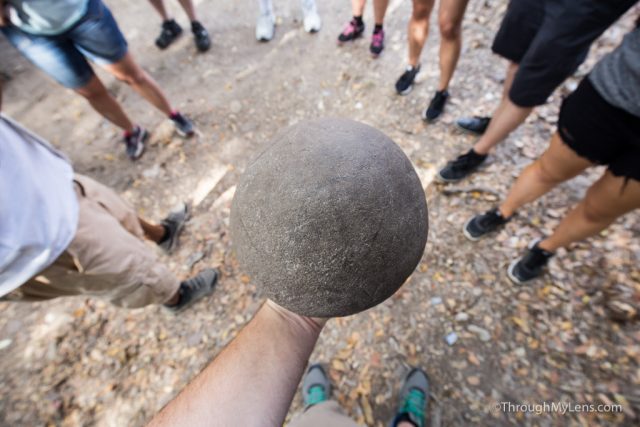 Our guide even had an example of a ball that they used during the games that he let us see and I was surprised by how heavy it was. 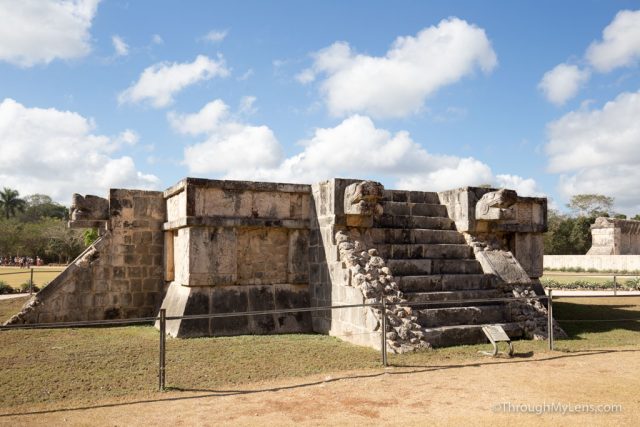 This area is small compared to the others, but it has a lot of elaborately chiseled pieces that run the gauntlet from skulls to stories about the people. 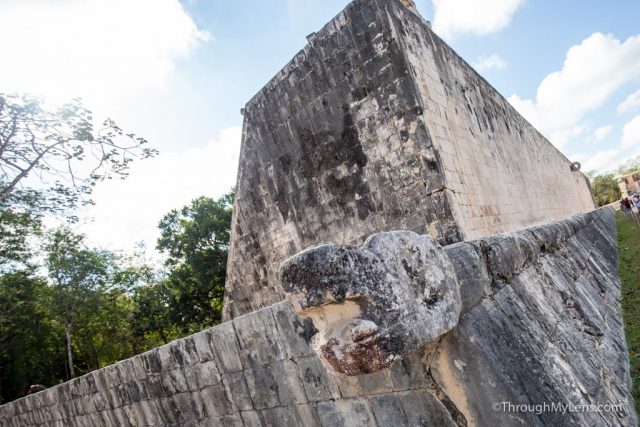 They also have lizard heads that mark the corners of the giant stone boxes. 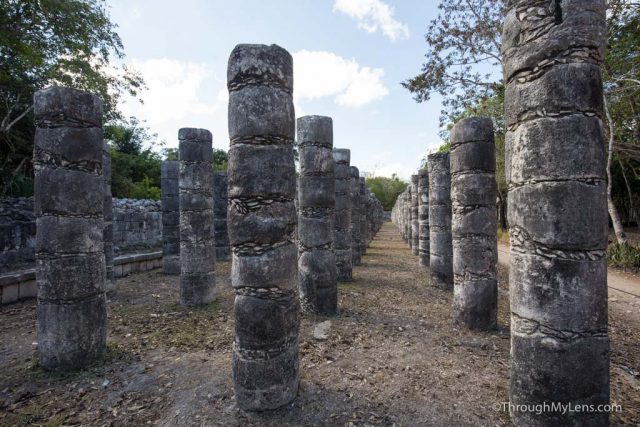 Back behind the pyramid are a bunch of stone columns that made up what was once the market. You can’t walk through them now, but it is impressive to see. 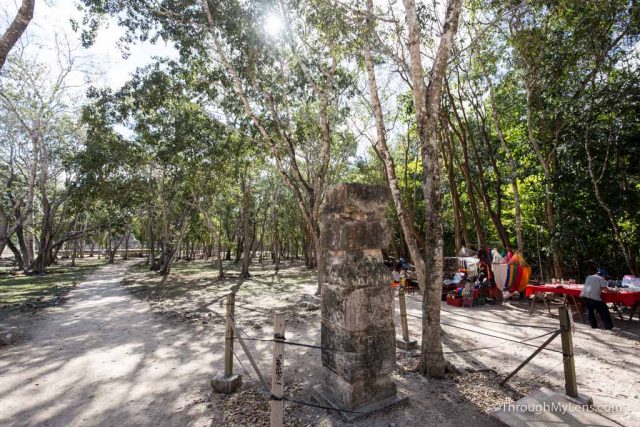 The Temple of the Warriors 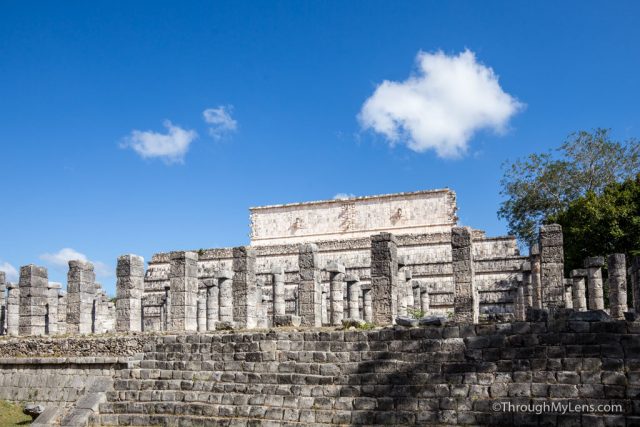 This set of buildings, behind the main pyramid is also really well maintained and easy to explore. This is where we were told that people stayed during their time here. 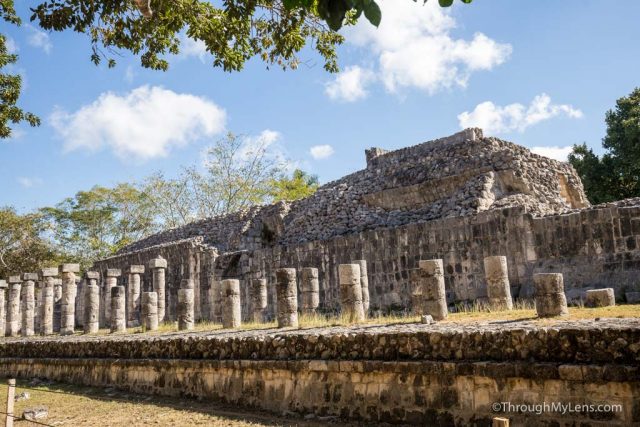 There were more places to explore but unfortunately, we did not have time to see it all. I will say that it was an amazing experience though and one that I will always remember. Be sure to add it to your list when you visit Cancun or the area and let me know what you think in the comments.

Ek Balam: Exploring the Mayan Ruins You Can Climb in Yucatan, Mexico