With over 100 years of history that spans prohibition, Jack Daniels is a true American company that still has all of its production out of the same town it was created in. The distillery sits about an hour and a half south of Nashville, and if you are visiting the city, it is a great half-day trip that is well worth the effort. I took the hour and a half tour that ended with a whiskey tasting, and here is all the information. 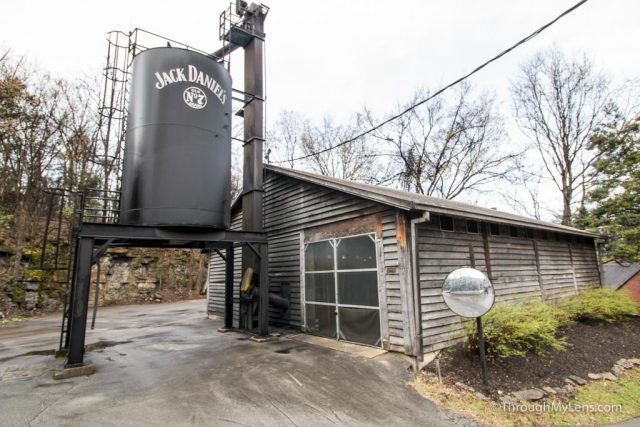 From Nashville, the drive is relatively straightforward on a couple of highways most of the way there. You can put in the above address, and it will take you to the distillery which is in the small town of Lynchburg that pretty much only exists because of Jack Daniels. 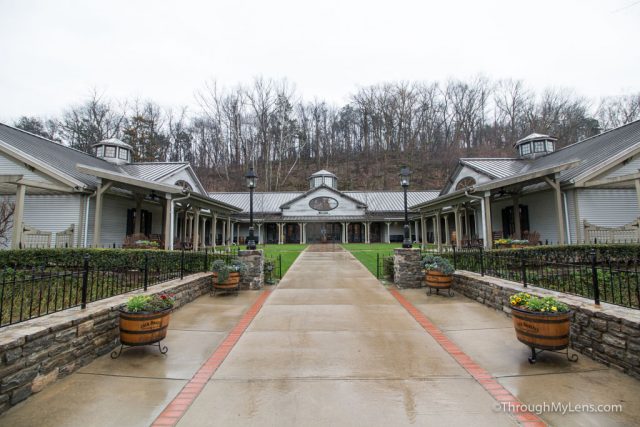 We arrived 30 minutes before the tour as requested, and took the time to explore the interior of the main building while we waited. 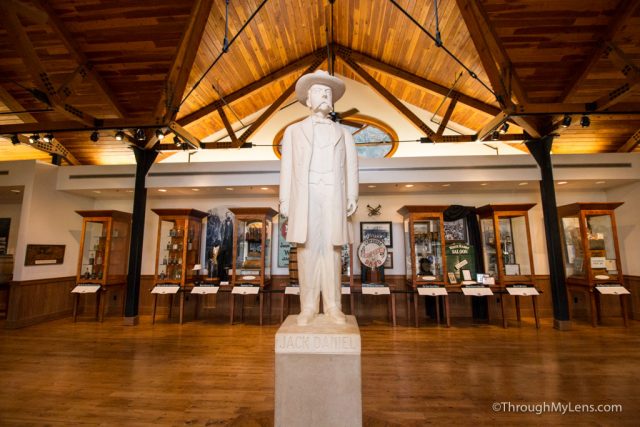 This area was great as it had a lot of antiques from the companies history as well as an easy to follow walkthrough of the many of the main components. You will learn all of this on the tour, but it is nice to read here as well. 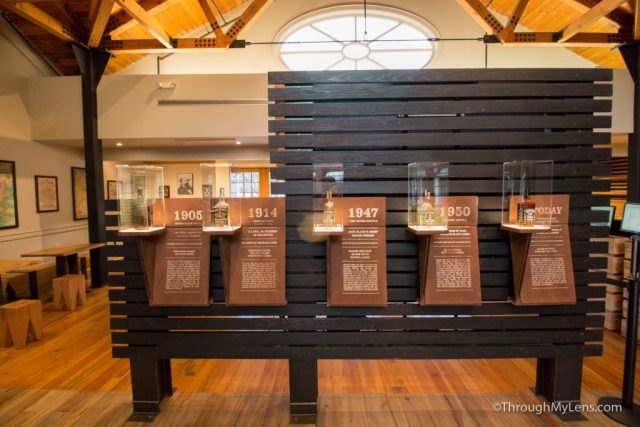 You can also see a collection of the different bottles and what they looked like during the company’s history in another room. 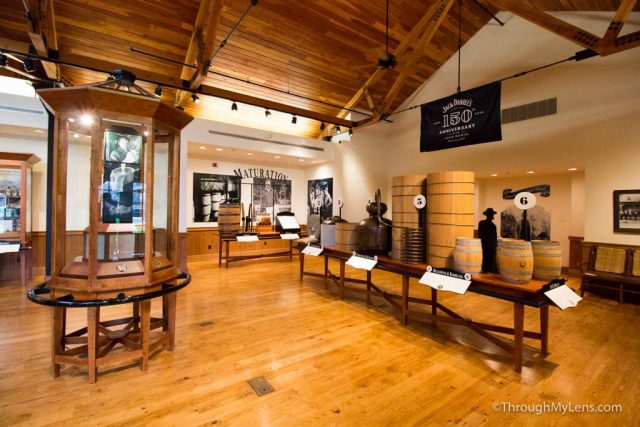 Lastly, there is a bottle shop where you can buy some bottles that are exclusive to the distillery and that can’t be bought elsewhere. This is a fun addition, and if you are a whiskey fan, they have some great stuff here. 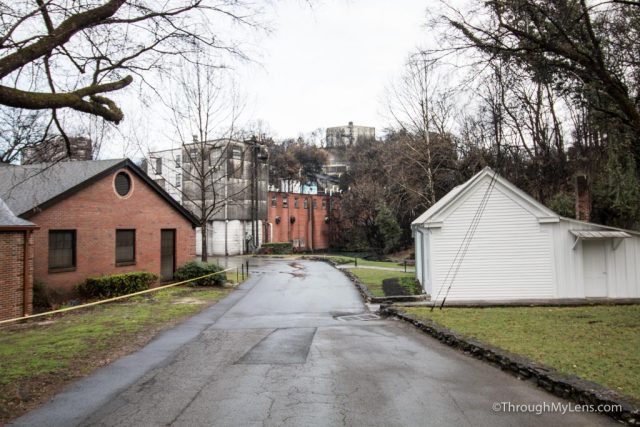 Our tour started with a shuttle ride that took us to the top of the property. 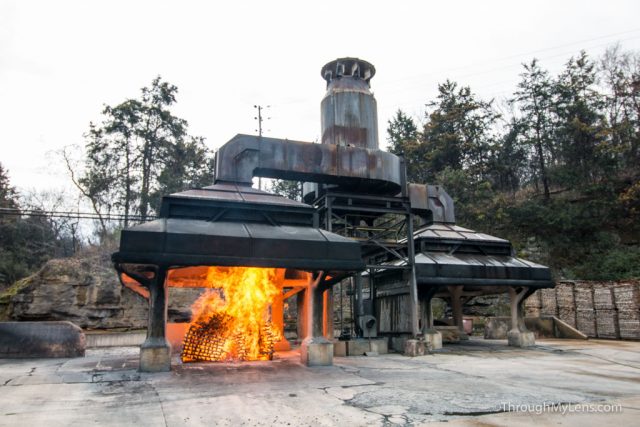 We were lucky enough to be there when they were making charcoal. Our guide told us that this is very rare and it was impressive to see the massive billows of fire under the old machinery. 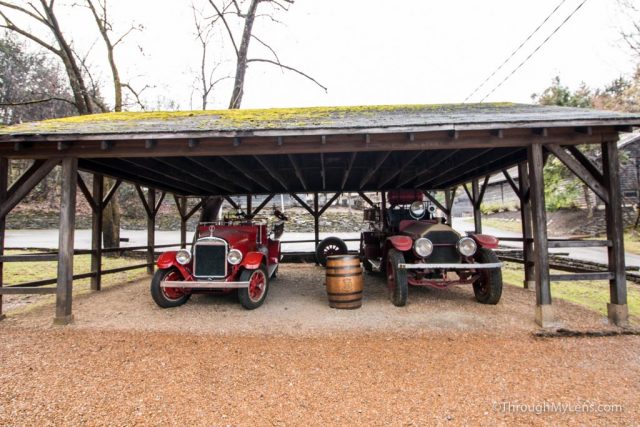 From here the tour headed past some old firetrucks that have been on the property for decades. 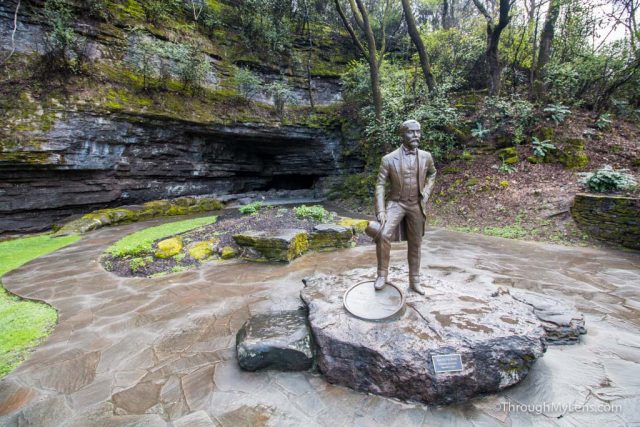 One of the best parts of the tour was the next stop, which was the cave spring and statue of Mr. Jack himself. 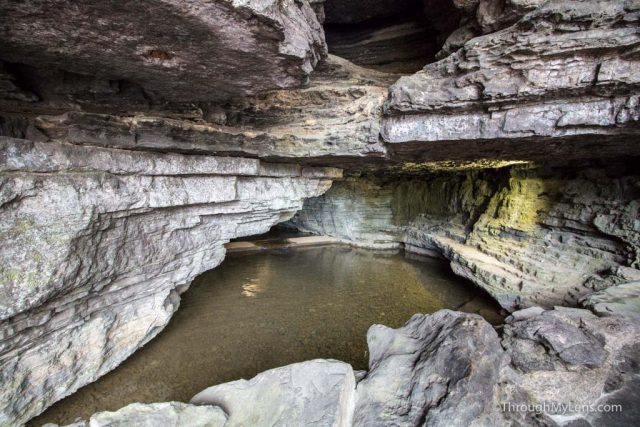 This cave has a spring that flows out of it, and it has been the water base for the whiskey since its inception. Even when there was a drought about ten years ago, the spring never ran dry. 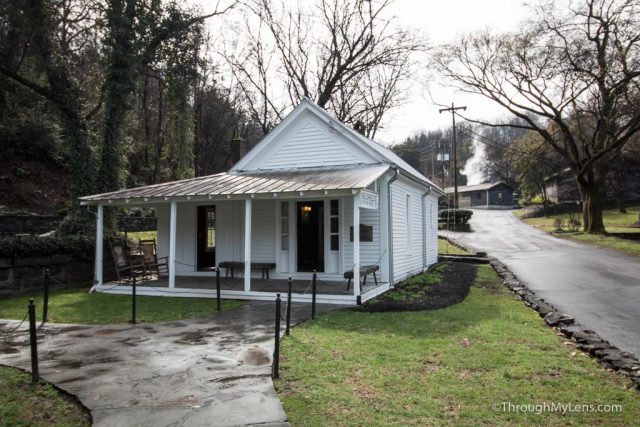 Next stop was the old company headquarters which had a lot of the original pieces inside, including the safe that Mr. Jack kicked and which lead to the infection that killed him. 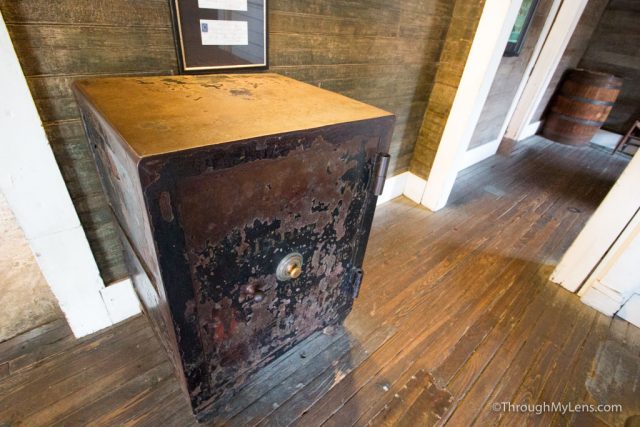 There is also a national register sign here as well as a collection of ingredients that they use for making the whiskey. 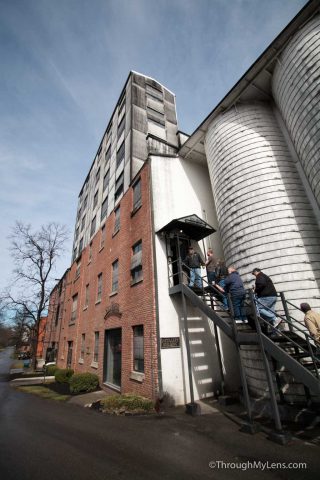 From here we headed into the manufacturing area, and this was where we were not allowed to take photos. This area was impressive though, and it allowed you to see the whiskey during different steps of the process. We also went into a room where they slowly drip the whiskey into charcoal, and it takes about five days for it to filter through to the bottom of the barrel. 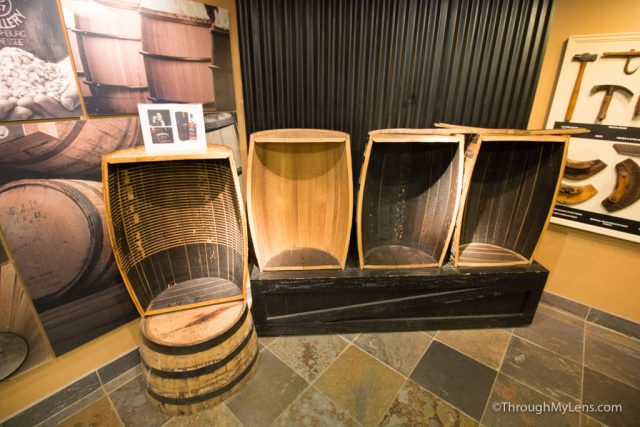 Next, we got a chance to see the bottling process, which is where they add the stickers to the bottles. 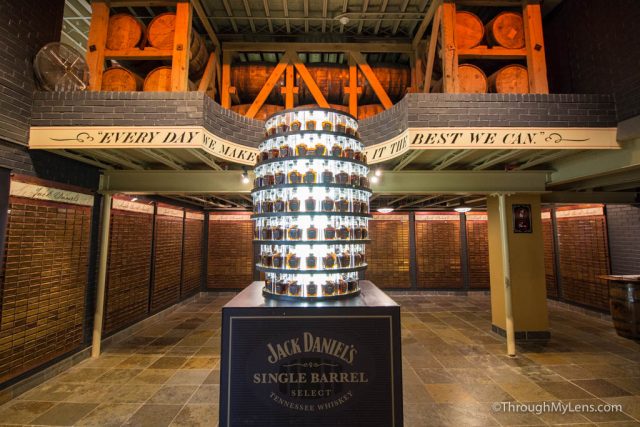 This was also the same area where they have walls showcasing all of the people that buy entire single barrels from the distillery. This is a popular thing to do, but only for the more affluent as it costs $9,000 to $15,000 to buy one. 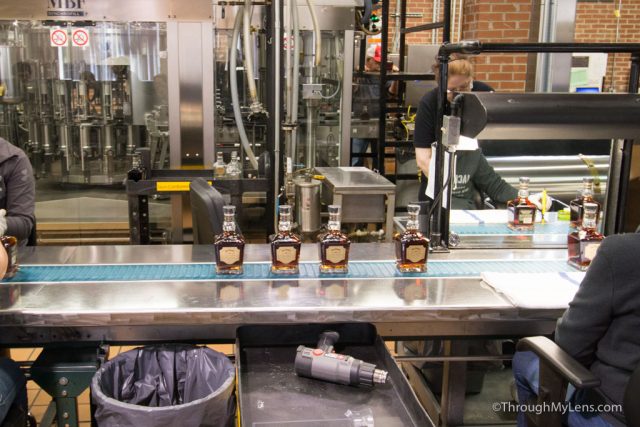 Leaving this room ended the main part of the tour, and we headed next into the tasting area. 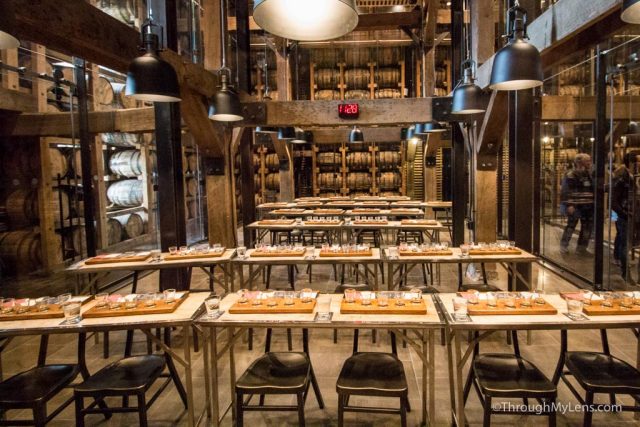 The tasting area is one of the most impressive I have ever seen. It had a large glass room with tables that the whiskey platters sat on. 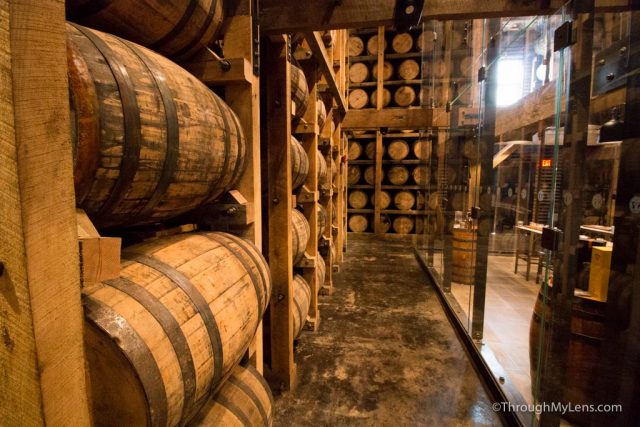 There were five tastings, and they were from some pretty expensive bottles which made it a lot of fun. Our guide lead us through how to taste whiskey and talked to us about the idiosyncrasies as well. 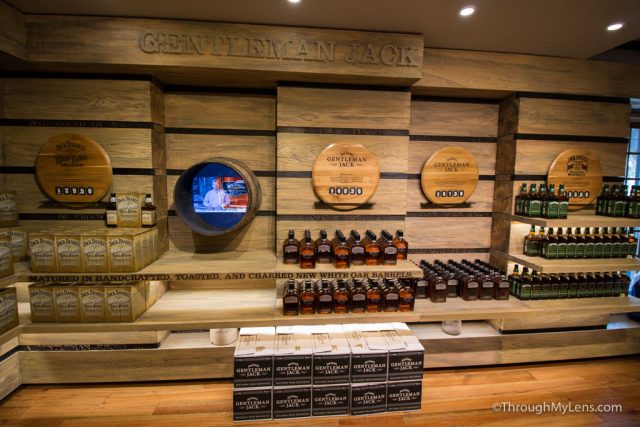 Our time on the tour ended here, but you could still go back in and shop or explore the main building area. 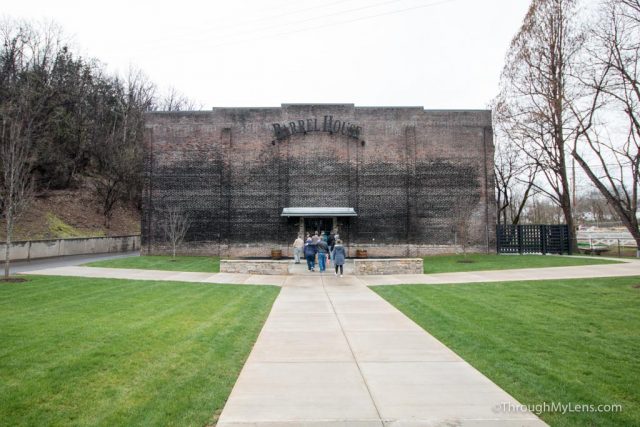 I would recommend that you head into the little downtown from here as well which is about a 5-minute walk. They have a few BBQ restaurants here, a chocolate shop and a few stores. 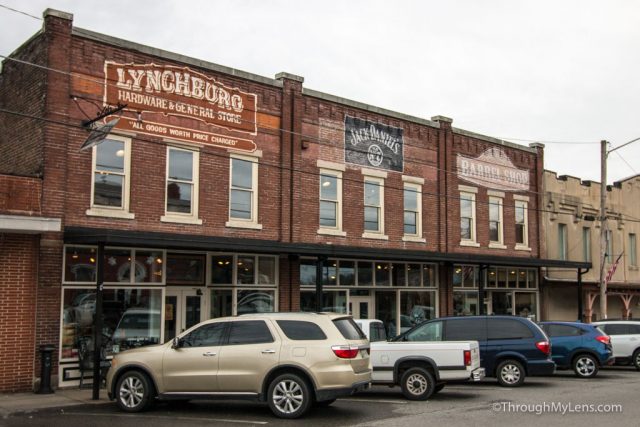 This is also where the main Jack Daniels giftshop is if you are looking to purchase anything other then exclusive whiskeys. I liked the barrel area in the gift shop, where they had barrels for purchase and a bunch of different artistic barrel art pieces you could buy. 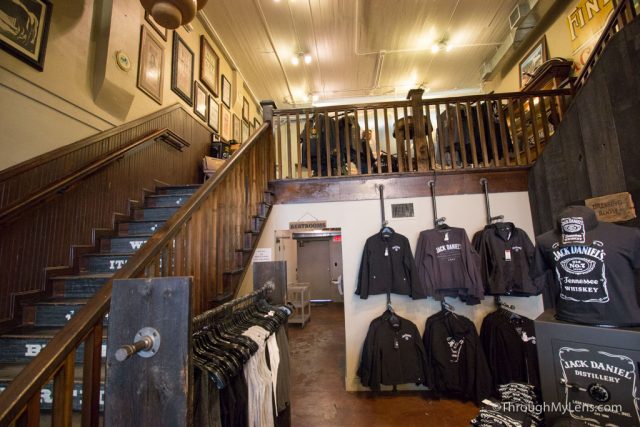 After about 3 hours, we headed back to the car and made our way back to Nashville.  I can easily say it was one of the highlights of our time in the state and if you are spending some time here, I highly recommend it. Make sure to let me know what you think in the comments.