Varanasi India holds the record for oldest continually lived in city in the world and is the holiest of the seven Hindu holy cities. It has been a city since 1986 BC and has been a constant source of wonder to Hindus that come to walk its sacred streets and bathe in its sacred river. Many Hindus even believe that death in Varanasi guarantees salvation. It is a beautiful city for all people groups, but the best way to explore it really is via the Ganges River in a boat. When I was there I did both a sunrise and a sunset cruise on the Ganges River and here are my experiences. 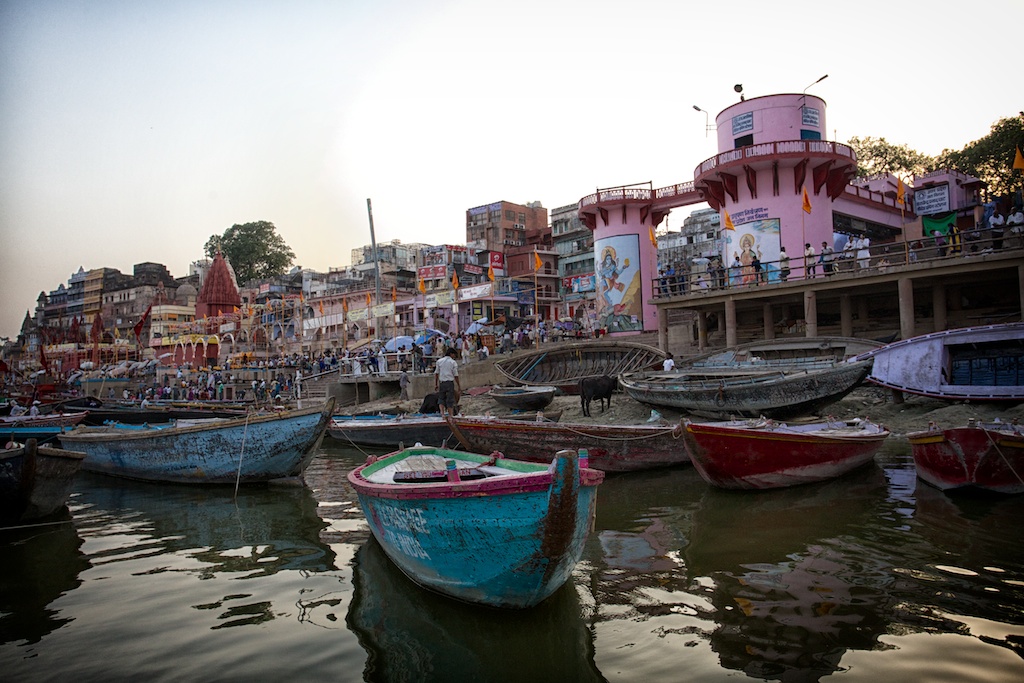 Since our trip went sunset first than sunrise after I figured this report should as well. The sunset was the first experience I had on this sacred river and it was an amazing one. 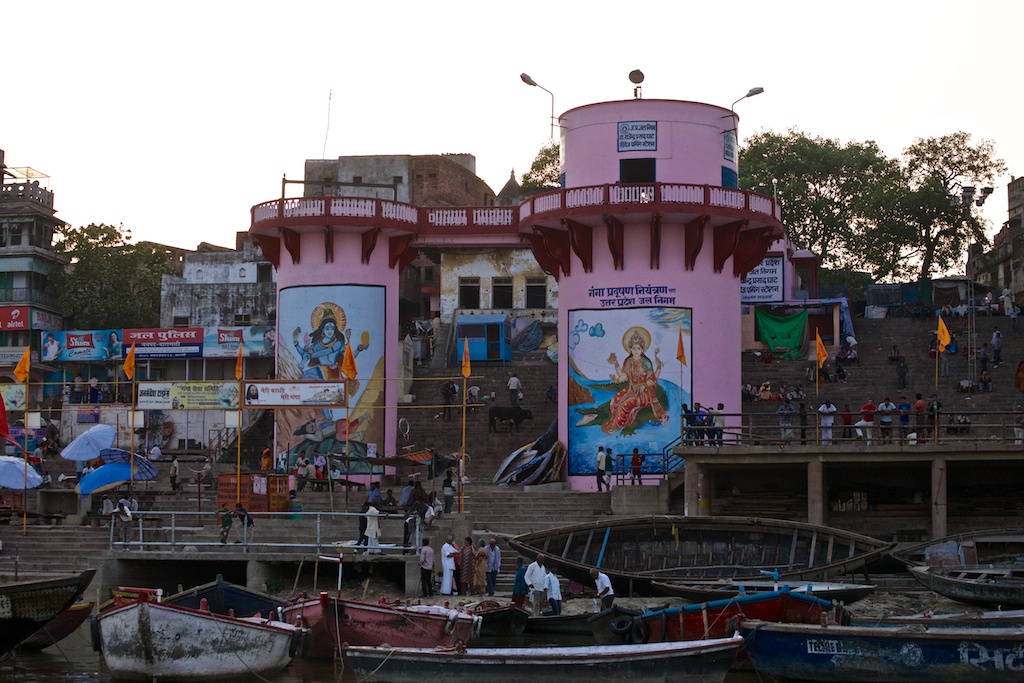 We hired a boat right down by the Dashashwamedh Ghat (ghat means steps leading to river) after walking along the river and seeing the preparation for the nights prayer ceremony. 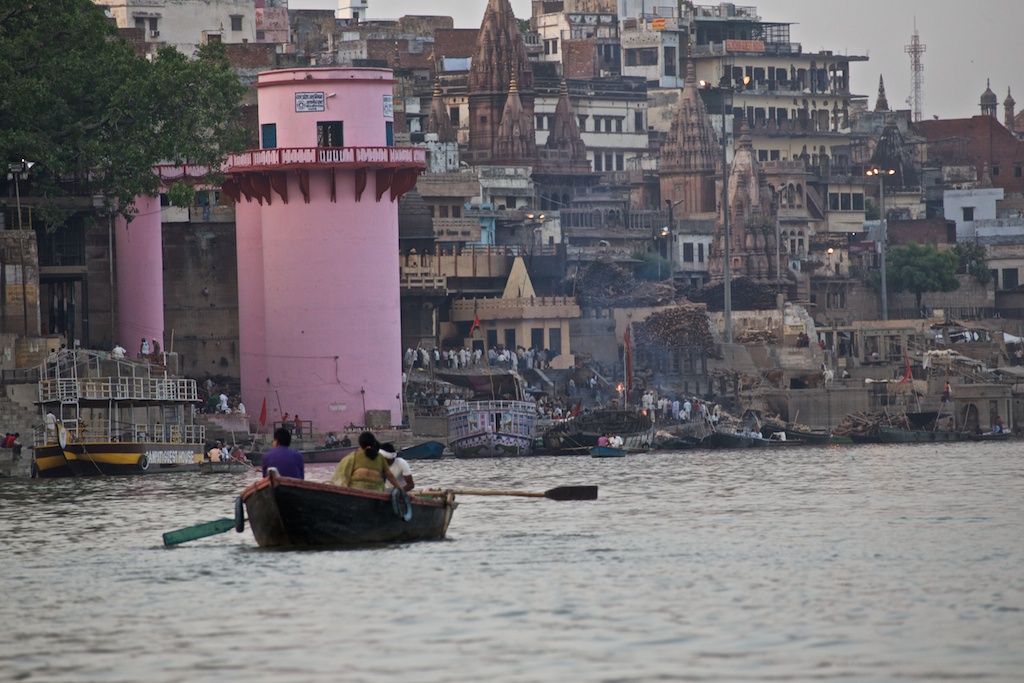 After getting in our boat we took it to the main cremation ghat called Manikarnika Ghat. This place is unlike anything I have seen in Western Culture. The smoke and the smells and the emotions of the people is overwhelming in every sense. There are cremations every hour of the day and I saw them both at sunrise and at sunset. I did not take any pictures there as it is disrespectful but it was an emotional thing to see. 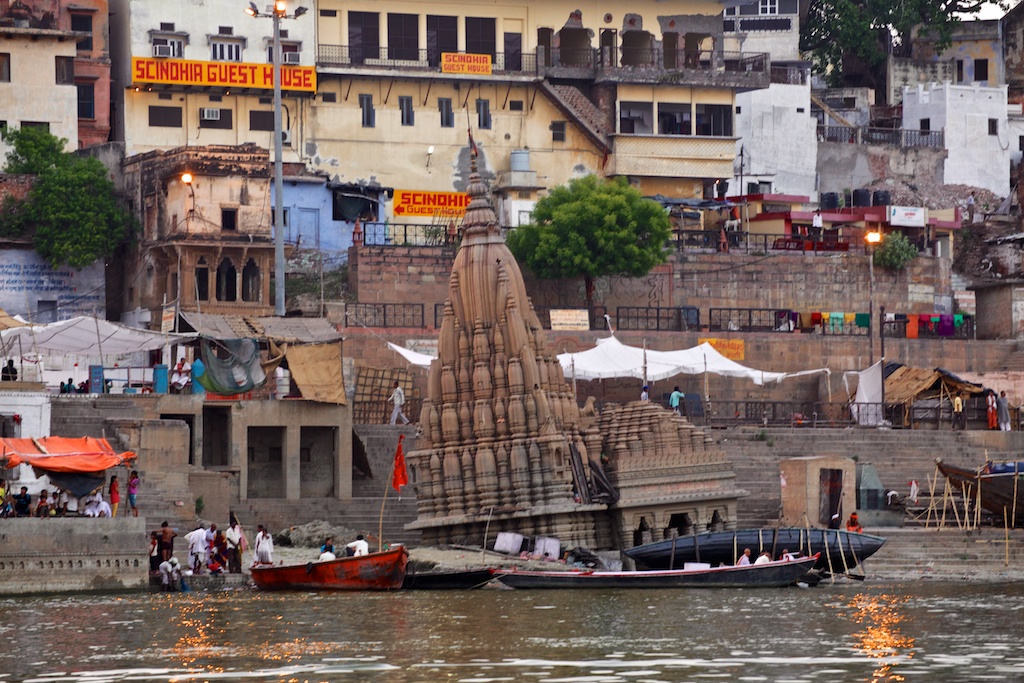 Right next to the cremation is the half-submerged temple that looks like it is coming right out of the sand after an earthquake. 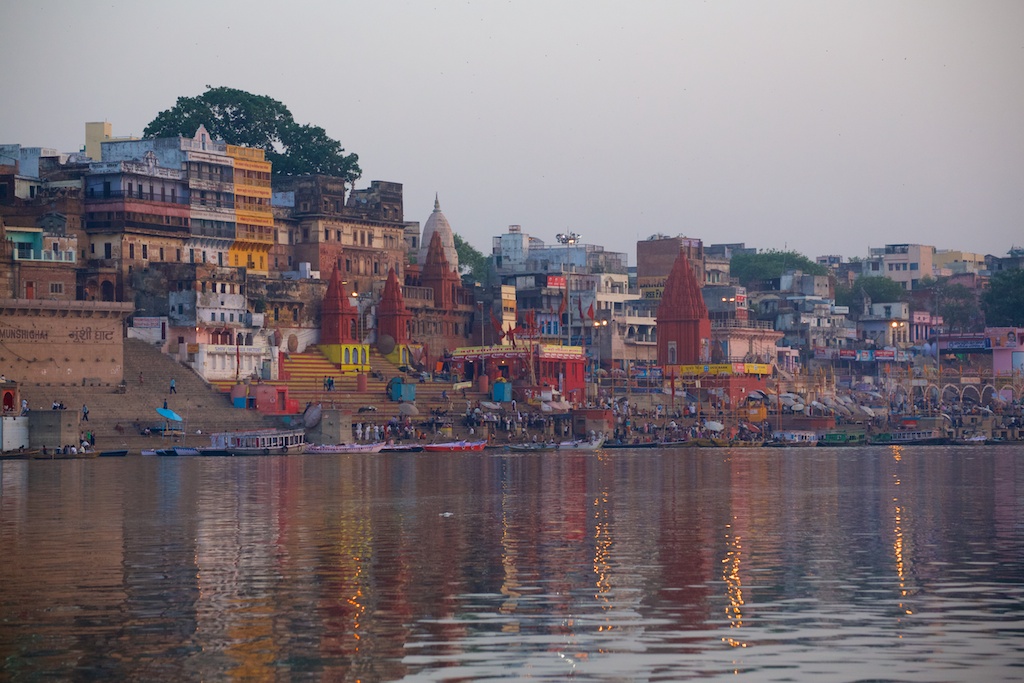 After that we slowly cruised back down the river banks. During this time we saw everything from people bathing in the water to people washing their clothes. Hindus take any opportunity they can to interact with the sacred water. 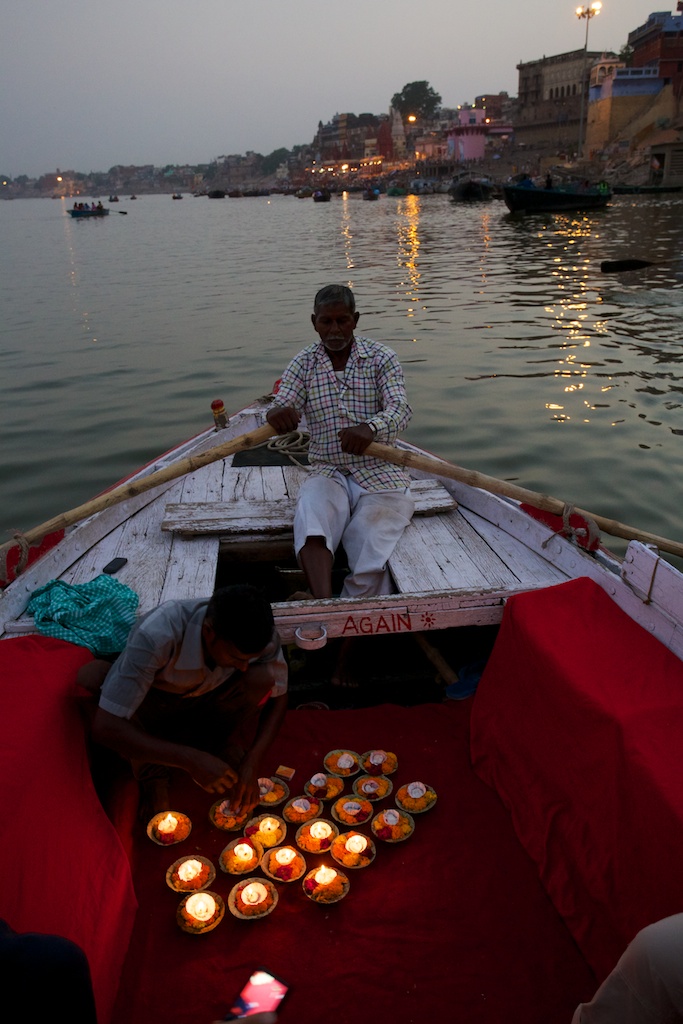 As we approached the end we also got a chance to participate in the flower ceremony. A small boy and his sister came up to our boat and sold us some that we lit and floated out on the river with a wish. It was something I will not soon forget as I watched the flames dance away on the water. 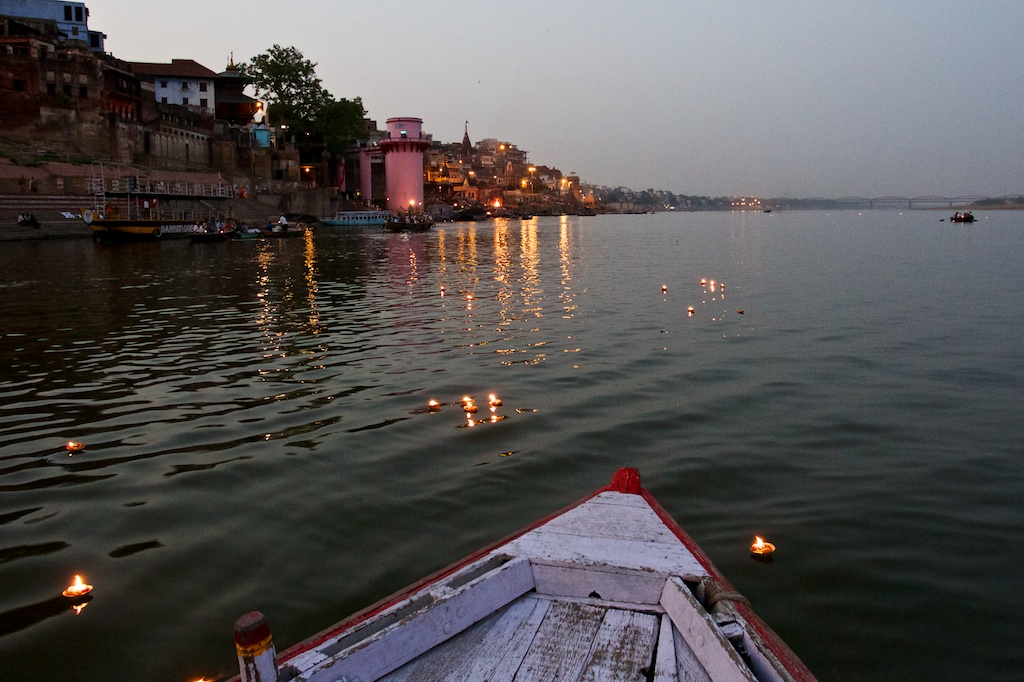 After that we took our boat to one of the main ghats where a prayer ceremony happens every night for 20 minutes. The ceremony began with a conch shell blow as we approached the area and we tied up our boat and just sat to watch the ceremony. It was really busy with all of the boats on the water and all of the people on the shore. There were even a few children that jumped between the boats selling snacks and drinks. 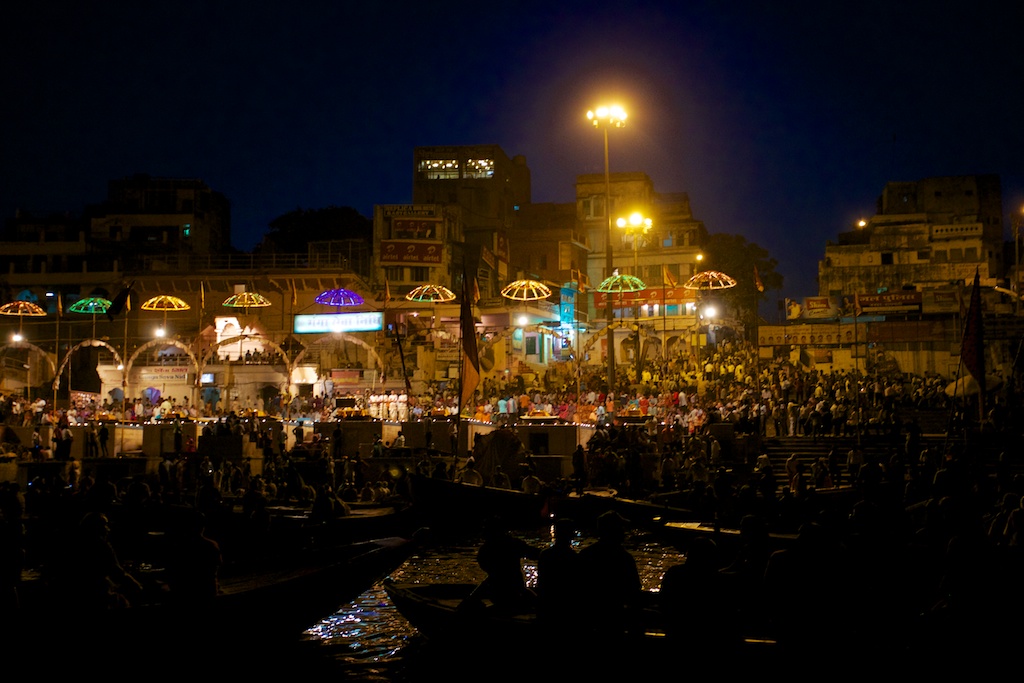 In India, early that day, a new prime minister was announced. To celebrate this they lit off fireworks during the ceremony and that in itself was amazing to see. Sitting under the fireworks with thousands of people watching the prayer ceremony. I didn’t think the sunrise would live up to it. 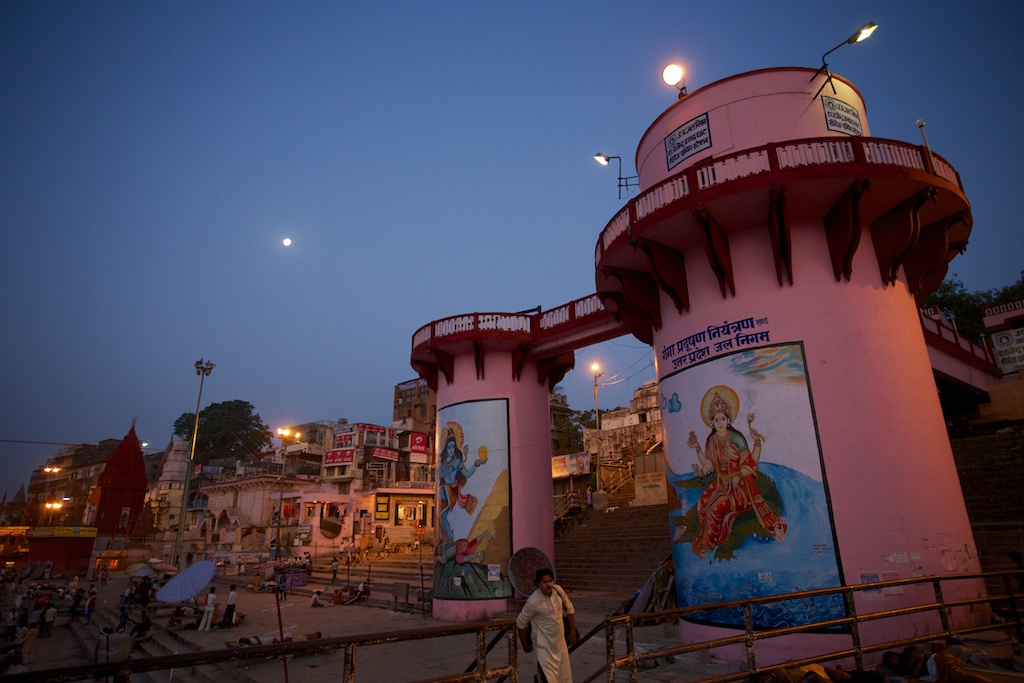 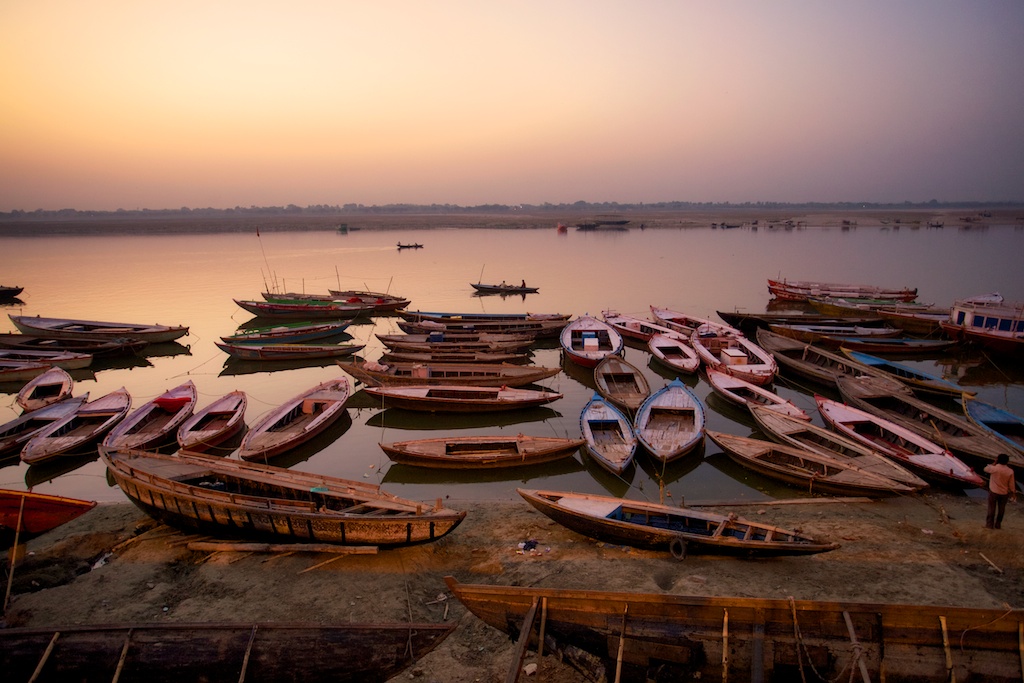 After waking at 4:30 AM, my group and I headed over to get a boat. Since it was set up in advance we had the same boat as the day before and we were given chai in ceramic pots to enjoy during our morning cruise and we set out to see the other side of the river.

Our group leader also brought along a traditional sitar player and a bango player that treated us to traditional Indian music as the sun was coming up, simply amazing. 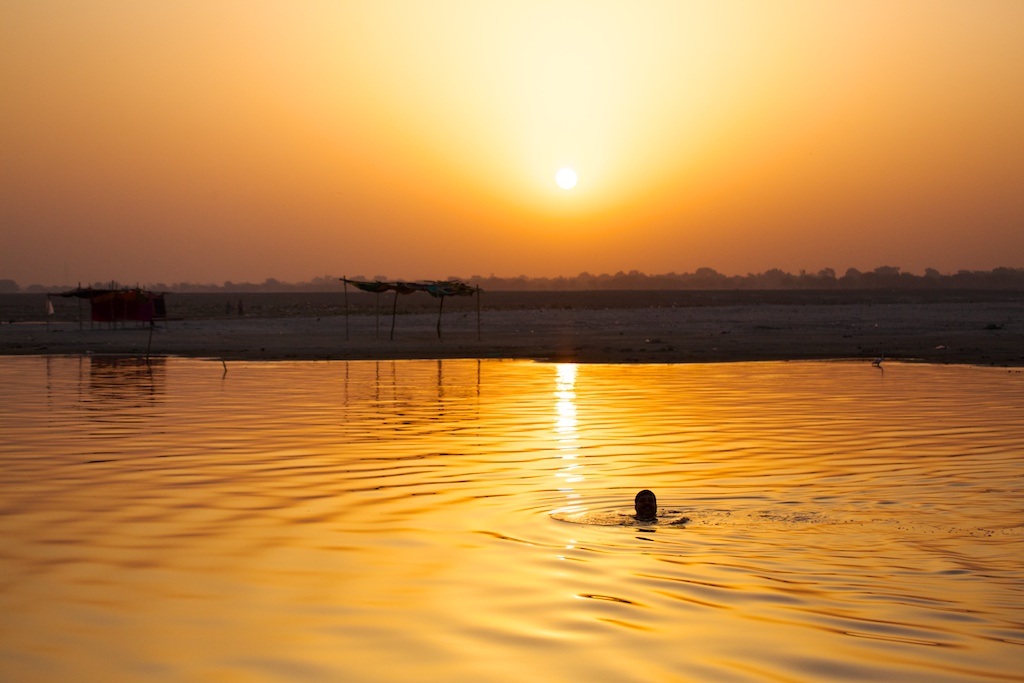 The morning was absolutely stunning with a sunrise you only see in your dreams. I took hundreds of photos as I soaked in the beauty with the culture and the music. It was a humbling experience as we got to see people enjoying the early morning weather and the water itself. Here are some of my favorites. 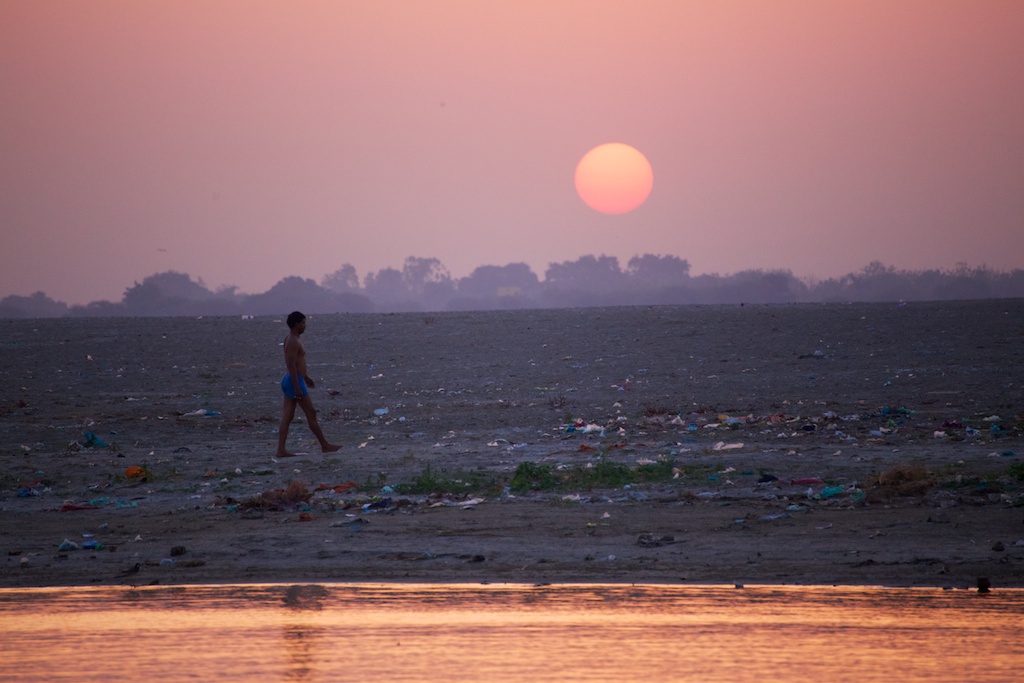 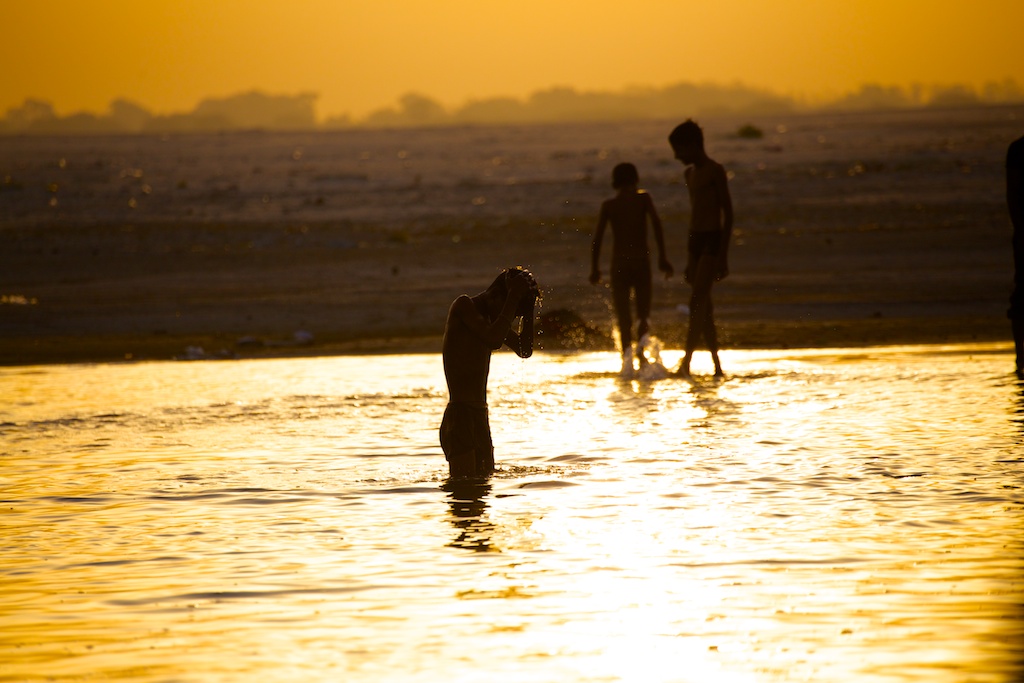 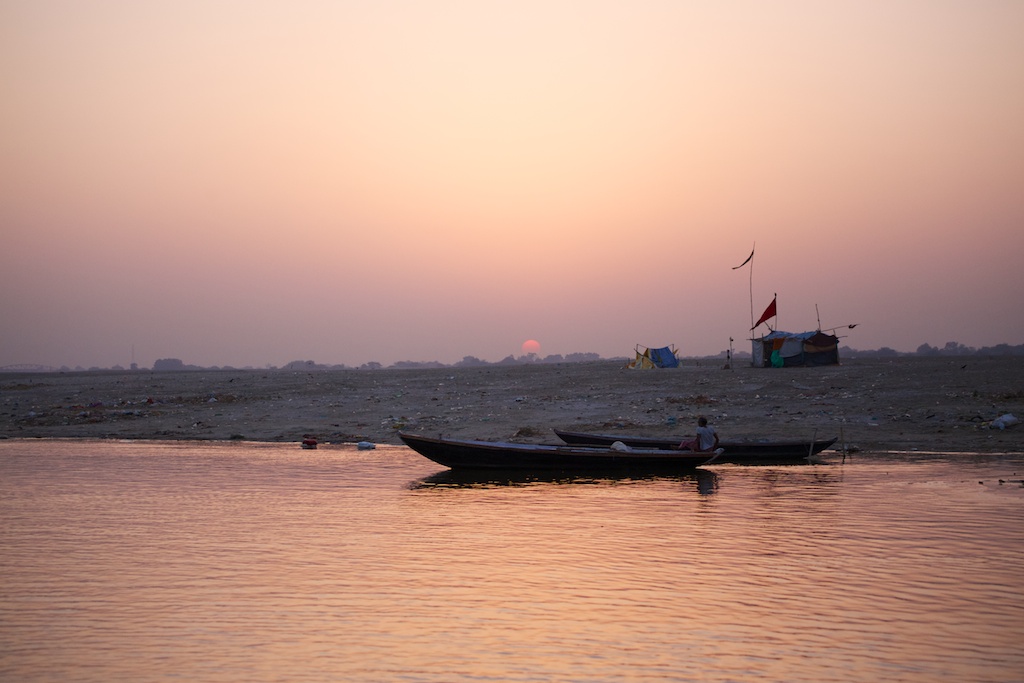 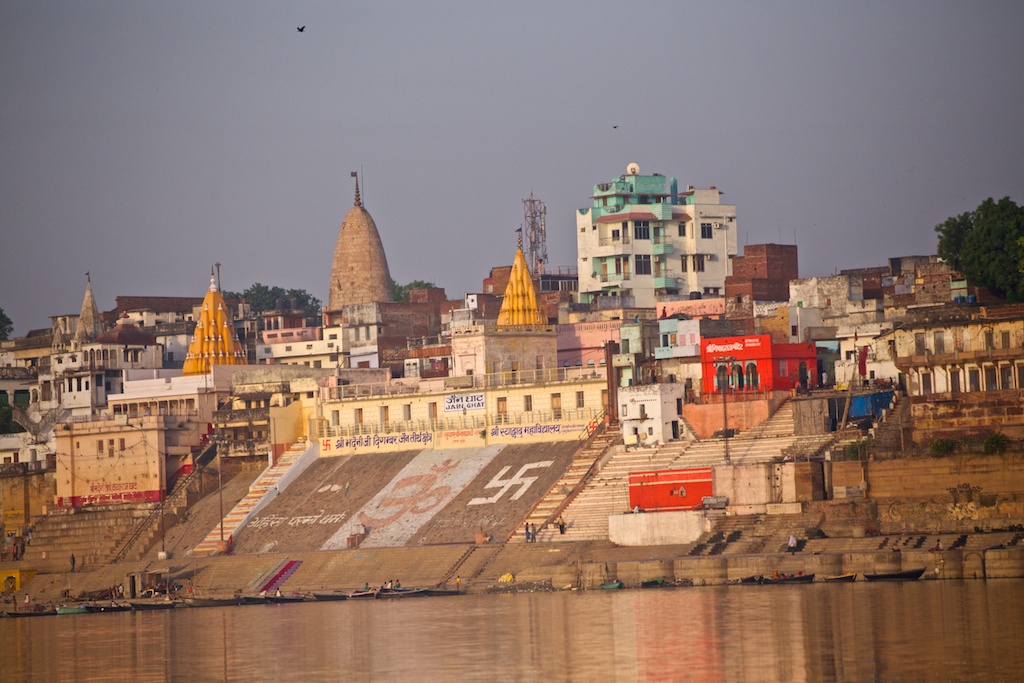 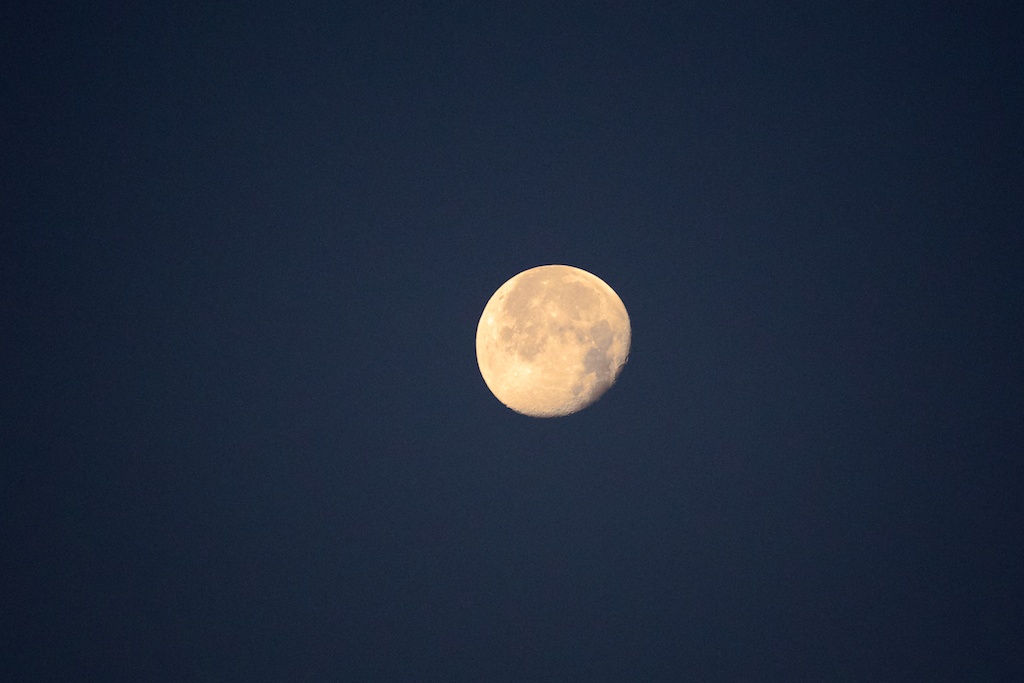 We floated along the ghats for about 2 hours before heading back to shore and I enjoyed ever minute of it. I love the way this river brings people together and for how beautiful it is. Even with the cremations that are hard to comprehend as Westerners and the people still swimming and bathing in the water the cremation ashes go into, it still was an experience I will never forget (no I didn’t want to touch the water though). I loved India and its people and you can see them both on stunning display while floating down this river.

What to do in Orchha, India