Mooney Falls: Epic Descent to a 200 Foot Waterfall in Arizona

As a caveat, the descent to Mooney Falls is not for the faint of heart. While nowhere near the craziness I have heard it compared to like Angels Landing and such, this is a pretty sketchy descent that you will take to reach the base of what is one of the most amazing waterfalls I have ever seen. 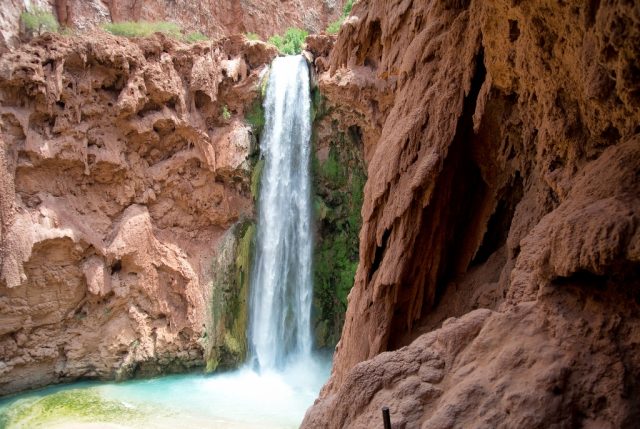 After passing Havasu Falls and the campground you will reach the top of Mooney Falls. Like Havasu you start on the top of this waterfall with epic vistas and views and if you want to continue on or see it from below you will have to descend an old mining route that has cables, ladders, and caves. 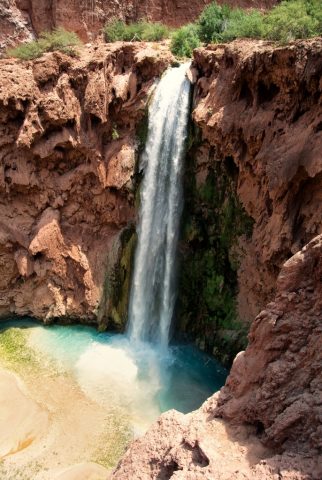 There will be lots of signs warning you to not take it lightly so make sure you are aware of what you are getting into when you set out. 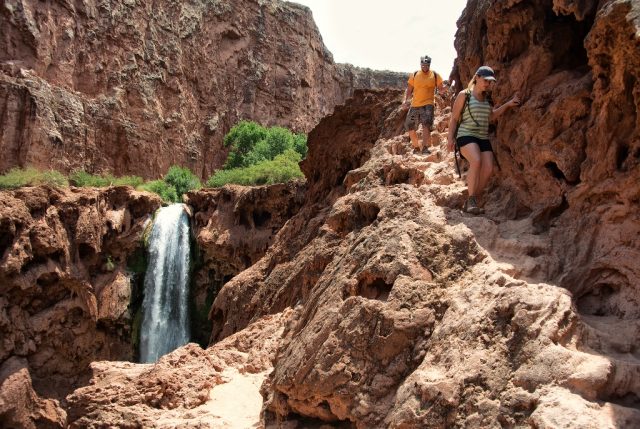 The descent goes through two caves first, then continues down the rock face with a series of crude steps, and lots of strewn cable. As you get closer to the bottom you will meet two ladders, one small 5 foot one and another 10-15 foot one. Both were in good condition when I was there. Here is a view of the bottom from far away. 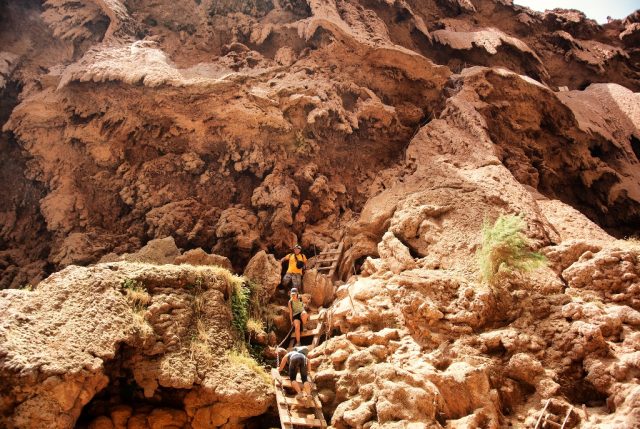 Here is a video of me ascending the entire route via GoPro cam to give you a taste of what it entails. 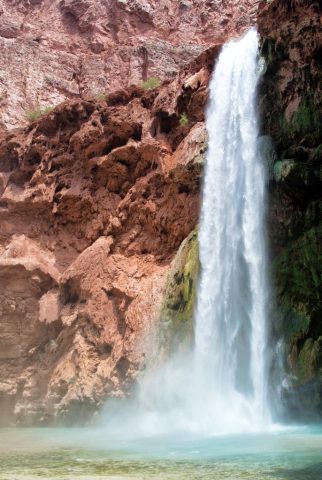 When you reach the bottom you will be greeted with an awesome mist coming off the massive falls to your right and will probably need a minute to soak in the epicness. 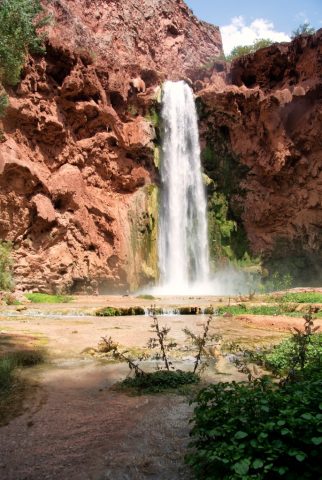 The waterfall drops so far that the sheer power coming off the ground is intense, especially considering the water below it is only like 3 feet deep (I walked out as far as I could but the pelting of the falls made me turn around). I really wanted to get a picture in the spray, and since the descent is sketchy we had the waterfall mostly to ourselves with only 10 other people there. This allowed Zac and I to grab the epic picture below. 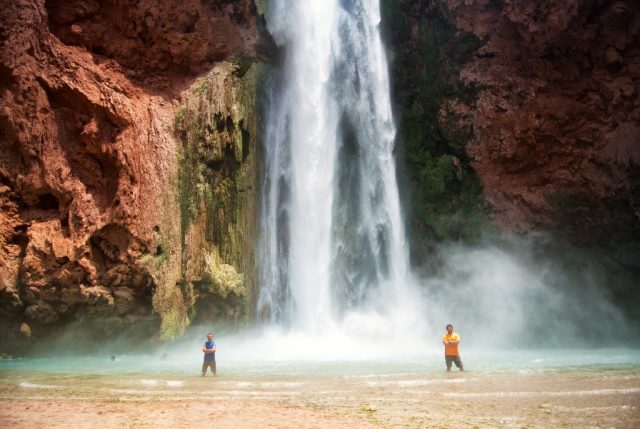 After spending time at the main falls we started to walk down the water a little bit and found another 5 foot falls that you could actually swim into and had a small cave behind it. 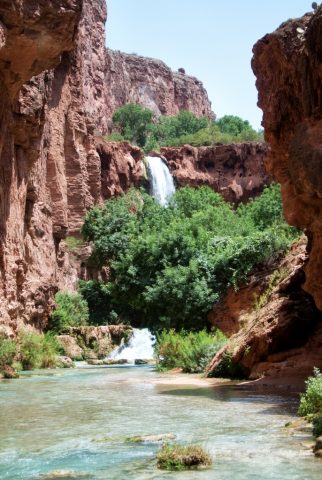 From there we continued down stream to the waterfall a couple of people told us about that was 5 minutes walk. This one you could climb completely up and so we had to check it out. Amie and I climbed to the top and it was super fun and beautiful as you could sit in the stream and look down at the blue water and the canyon below. The video I made didn’t turn out but I highly recommend coming down here. 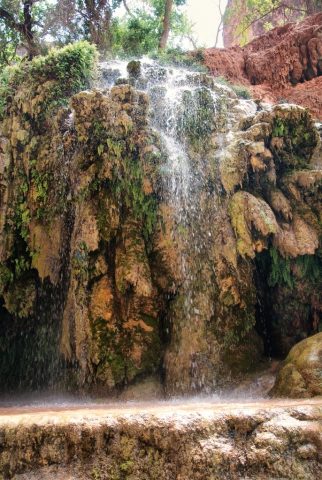 After that we packed up our stuff and headed back up to Havasu Falls, completing what was an epic first half of our day exploring Mooney Falls. Check out the rest of the pictures below.