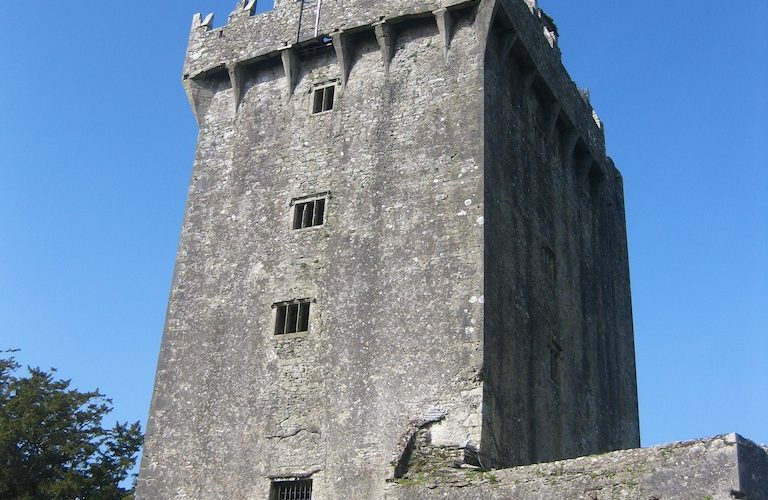 The Blarney Stone, located at the top of a small castle in South West Ireland, is a famed and mythical stone that supposedly gives everyone who kisses it the gift of eloquent speech. Now while that sounds awesome, it is easier said then done. To kiss the stone you must climb to the top of the castle, hang over the edge backwards and then proceed to hold yourself up as you plant a big kiss on it. Regardless, I set out to conquer this experience and to do a little exploring of the castle grounds with my friends Jerrod and Brian. 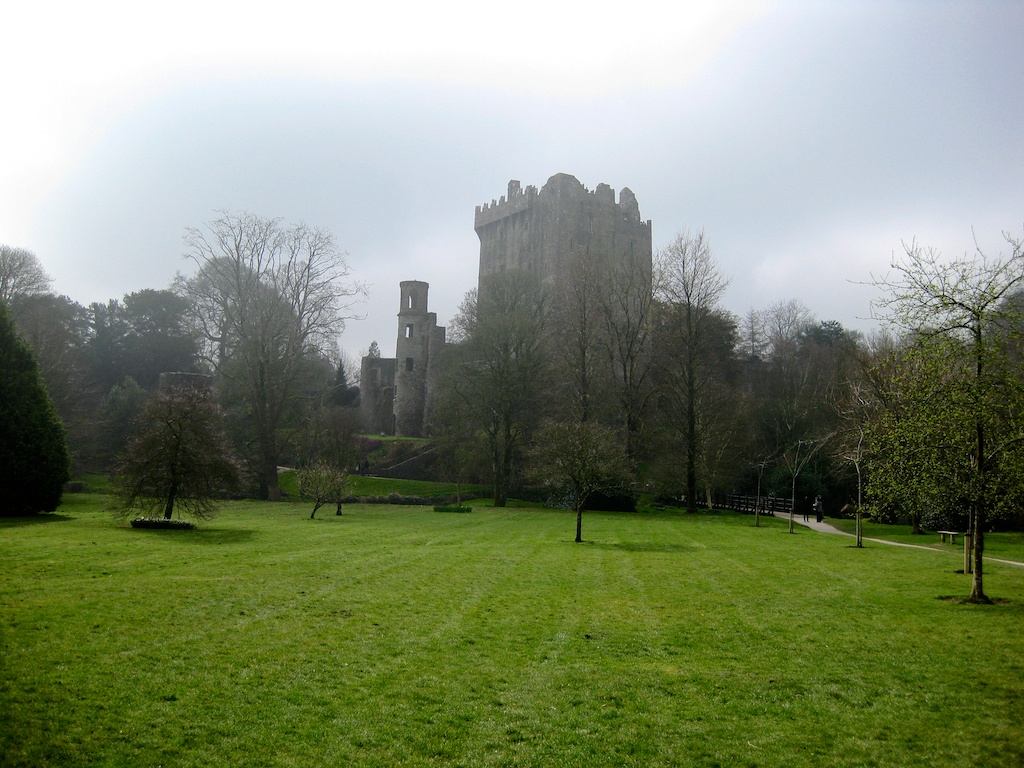 Here is some of the fabled history taken directly from their site.

Some say it was Jacob’s Pillow, brought to Ireland by the prophet Jeremiah. Here it became the Lia Fail or ‘Fatal Stone’, used as an oracular throne of Irish kings – a kind of Harry Potter-like ‘sorting hat’ for kings. It was also said to be the deathbed pillow of St Columba on the island of Iona. Legend says it was then removed to mainland Scotland, where it served as the prophetic power of royal succession, the Stone of Destiny. When Cormac MacCarthy, King of Munster, sent five thousand men to support Robert the Bruce in his defeat of the English at Bannockburn in 1314, a portion of the historic Stone was given by the Scots in gratitude – and returned to Ireland. Others say it may be a stone brought back to Ireland from the Crusades – the ‘Stone of Ezel’ behind which David hid on Jonathan’s advice when he fled from his enemy, Saul. A few claim it was the stone that gushed water when struck by Moses. Whatever the truth of its origin, we believe a witch saved from drowning revealed its power to the MacCarthys. 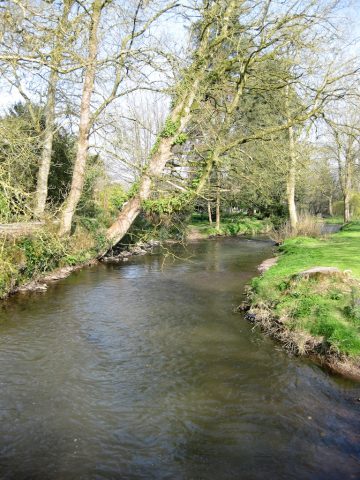 After making our way to the town of Cork, about 8 miles from Blarney, we jumped on the public bus and took it the rest of the way to the castle ground. From the bus stop it is about a 10 minute walk to the base of the castle. From here you can grab yourself a ticket and get in line to kiss the stone. 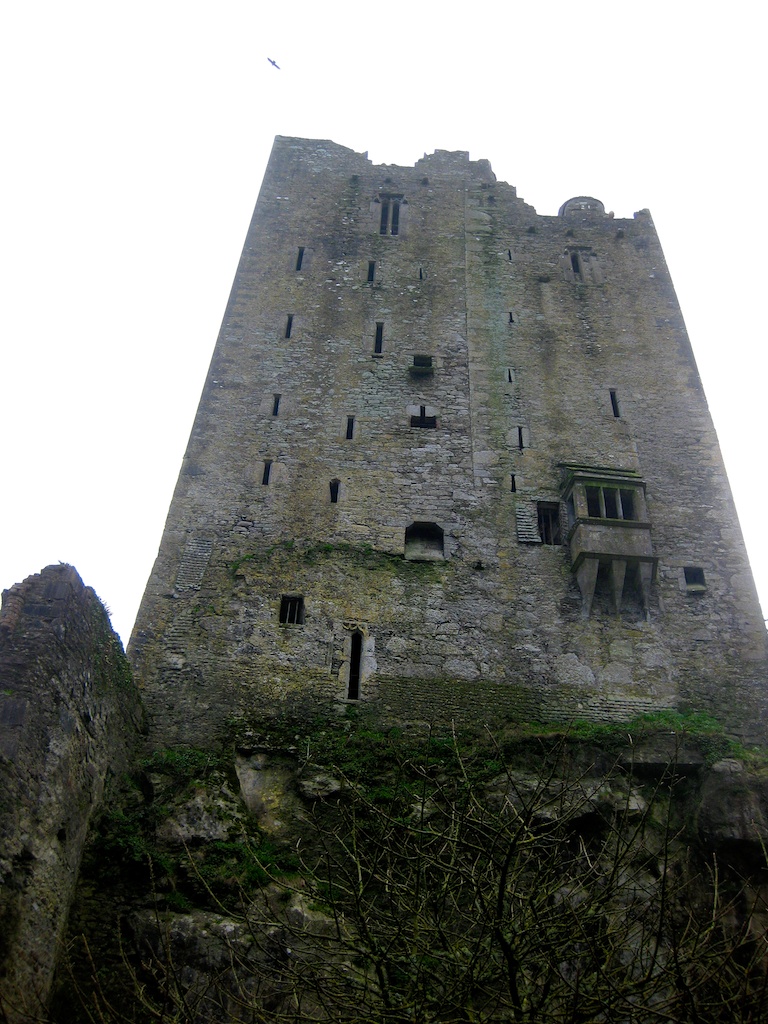 The line itself started at the base of the castle and made its way up the spiral staircase all the way to the top of the castle itself. This would normally not be a big deal, but I am afraid of closed spaces and it was pretty crazy to have to slowly wait in line in a cramped medieval staircase. I tried to give myself a lot of space to not let the claustrophobia overtake me, and after 15 minutes I had made it out to the top of the castle. Be warned though, it can be a long 15 minutes if you are like me. 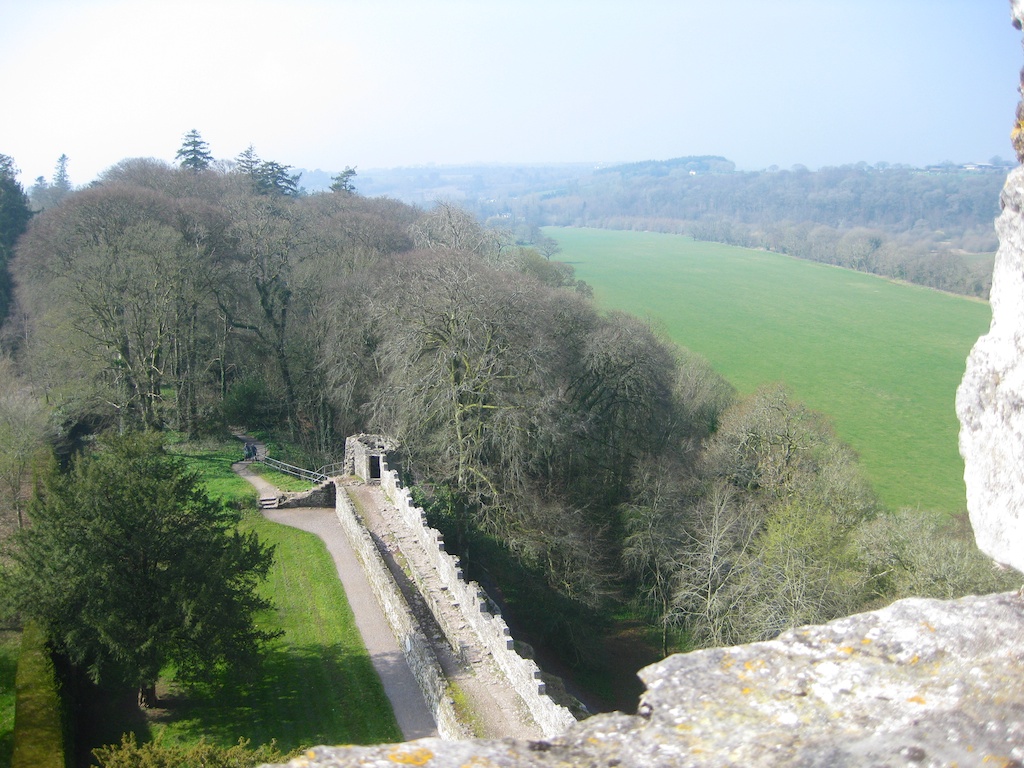 After arriving at the top you will quickly realize that you are pretty high up for someone that is going to be hanging over the edge to kiss a stone, but if you made it this far you wouldn’t want to turn around anyway. 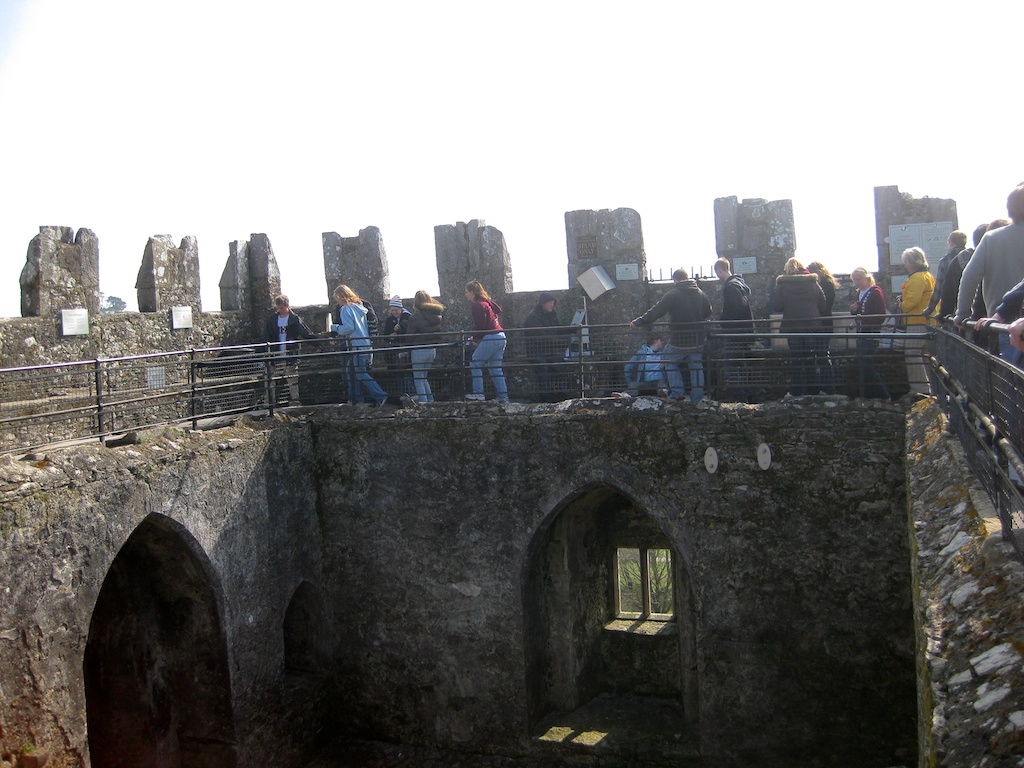 When it was my turn to kiss the stone I sat down on the cold marble and turned around while one of the workers lowered me back down to where the stone was located. This is pretty crazy as it is about a 5 story drop directly below you to the ground. There are bars to keep you from falling down but it is still high up. 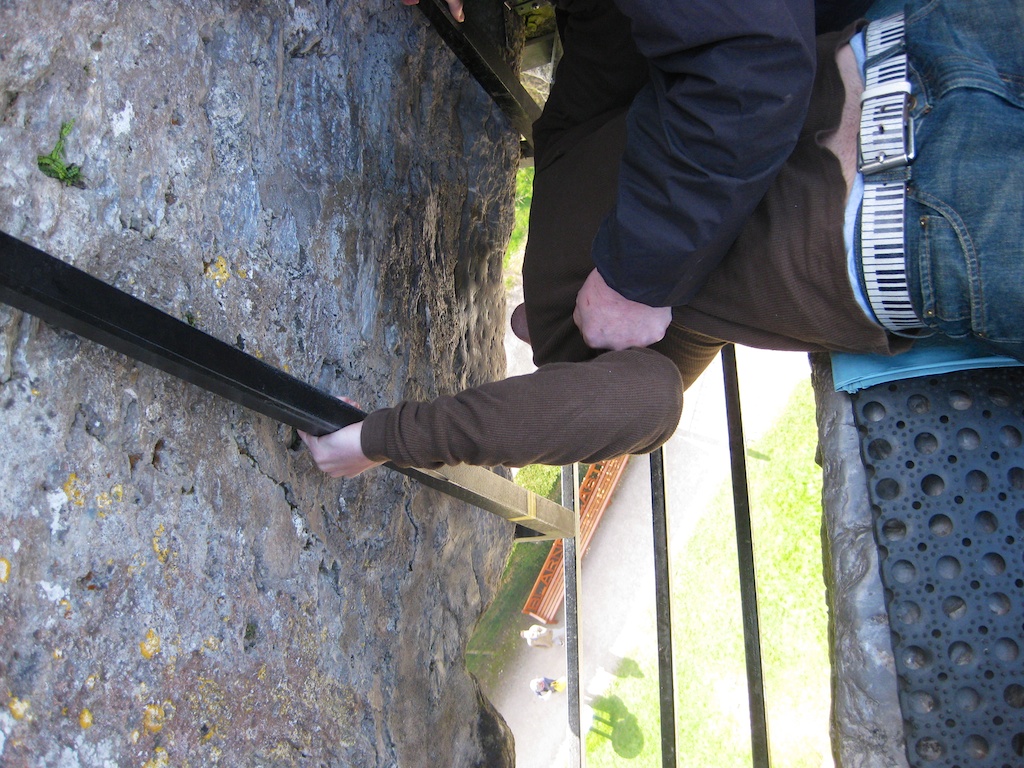 Here is a picture of what the stones location looks like from the ground. It is right in the middle of above the window. 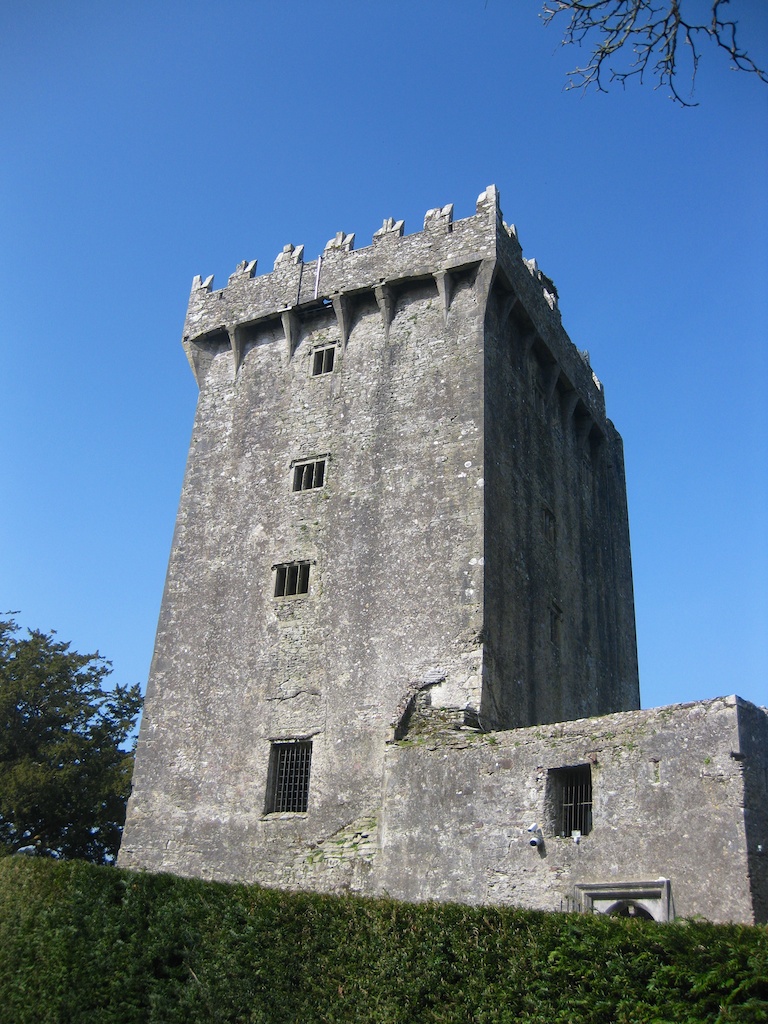 After the kiss you are whisked back up by the worker and sent on your way, with the option to buy an overpriced picture of the experience of course. It was relatively anti climactic but still a lot of fun. 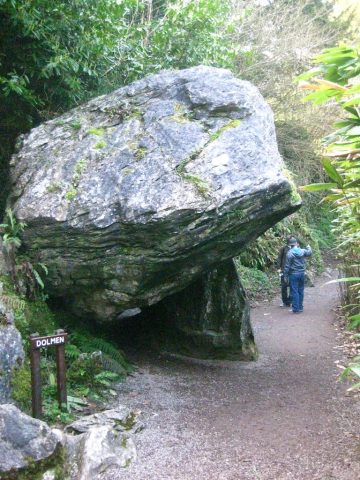 Make sure not to leave the castle before exploring the grounds that surround it, as there are all sorts of mythical things to see there such as the witches kitchen, wishing steps and a stone alter. We spent a few hours just wondering here as well. 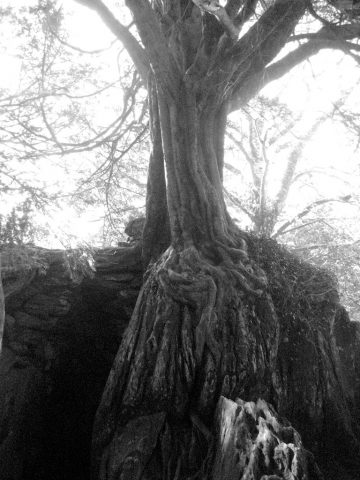 So there you have it, my story of how I was blessed with such eloquent speech. What about you, have you kissed the stone?